Looming regulation aimed at reining in risk taking at big banks is paving the way for smaller players to claim a piece of the bond-trading pie.

That pie is huge, and profitable. Daily bond trading has been estimated at more than $800 billion, and much of the global fixed-income market remains traded on an over-the-counter basis with less transparency and wider bid-ask spreads compared with equity markets.

Entrenched players such as Goldman Sachs, Morgan Stanley and JPMorgan Chase are by no means throwing in the towel; in fact, gains in fixed-income businesses have driven early-2012 strength in big banks’ numbers. But with regulators in the U.S. and Europe moving to prohibit certain types of big-bank trading, as well as mandate higher capital levels, non-white-shoe firms see openings.

Regulation “certainly has created opportunities for smaller firms like ours to perform the role of market maker where some organizations are curtailing their trading activities,” said Chris Malo, chief financial officer for Sun Trading, a Chicago-based proprietary trading firm that focuses on equities, derivatives, and currencies. 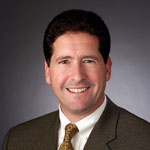 Regulation certainly has created opportunities for smaller firms like ours to perform the role of market maker where some organizations are curtailing their trading activities. Chris Malo, chief financial officer for Sun Trading

In April, Sun purchased bond-centric trading firm Endeavor Trading to jump-start a foray into bond trading. “We have been evaluating our entry into fixed income for some time, and the opportunity to combine Endeavor’s fixed-income trading team into Sun immediately enables us to enter the fixed-income market,” Malo told Markets Media.

Capital Challenges
For Sun and other smaller firms getting into or expanding bond businesses, it won’t be easy to compete with big banks as providers of liquidity, even with the regulatory wind at their backs.

The fixed-income business is much more institutional in nature than is equities, and the average bond trade is in the millions of dollars. In addition to the larger capital commitments required to act as a bond counterparty, less liquidity throughout much of the bond market means that intermediaries such as broker-dealers may need to wait to find the other side of the trade, which can weigh down balance sheets and reduce financial flexibility.

But for smaller firms that believe they can can fight above their weight class, the current opportunity in the bond business is too attractive to pass up.
“Since the 2008 financial crisis we’ve seen large broker-dealers significantly reduce fixed-income inventories in an effort to reduce their capital commitment and thereby de-risk their balance sheet,” said David Killian, senior vice president and senior portfolio manager at Valley Forge Asset Management, a subsidiary of Susquehanna Bancshares. “This has created a much greater need for small regional broker-dealers who are able and willing to work orders for clients by locating or placing bonds with other institutional buyers.”

“With Dodd-Frank, the big broker-dealers are having their balance sheets constrained,” said Joseph Colleran, managing director of BondDesk Trading, which runs an alternative trading system for bonds. “This leaves opportunities for smaller dealers who haven’t been in the space. These were opportunities that they didn’t see a few years ago.”

With bonds, unlike with equities, rarely is there a continuous market of buyers and sellers where a minor change in price results in a trade. Rather, liquidity is provided by dealers who take on the risk by buying bonds from an investor, even if they do not have a buyer on hand to sell the bonds to. In this case, they take on risk with the expectation of finding a buyer to sell to at a profit.

A bond dealer can also take a buy order from a client and then search for a seller. The dealer will then negotiate a price acceptable to both parties, ideally with a decent profit from the spread.

Sun’s acquisition of Endeavor may portend more mergers among trading firms, as tepid market volume makes it more difficult for prop shops to grow organically. Sun-Endeavor is one of the higher-profile trading deals since mid-2011, when Madison Tyler and Virtu Financial agreed to merge. 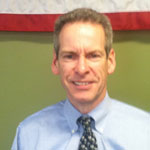 With Dodd-Frank, the big broker-dealers are having their balance sheets constrained. Joseph Colleran, managing director of BondDesk Trading

“We have seen some consolidation in the past year among a few firms, and each situation was different,” Malo said. “Certainly, the cost of technology and the increasing cost of compliance in a changing regulatory environment is having an impact on the smaller firms.”

The massive and liquid U.S. Treasury market may not be the optimal destination for a smaller trading firm moving into fixed income; instead, less-liquid niches such as corporate bonds may be the ticket.

“With the declining balance sheets of primary dealers, new dealers are seeing a better opportunity to compete for order flow, especially in smaller ticket sizes,” said Rick McVey, chief executive officer of MarketAxess, a trading platform for corporate bonds. “This is creating new opportunities for alternative dealers and market makers to get into the credit trading business…as bank-affiliated balance sheets continue to shrink, investors will need alternative sources of liquidity.”

Interest in fixed-income M&A can also be attributed to strength in the bond market. February saw the most trading volume in bonds since August 2011, and it was the third-most-active month since November 2010, according to Credit Suisse data. Positive macroeconomic signals “improved investor sentiment, which resulted in sharply higher corporate-bond trading in both the new-issue and secondary markets,” said Killian of Valley Forge. “This is the case for both investment-grade and high-yield bonds.”

New issuance of high-yield corporate bonds in the first quarter reached an all-time high, according to Thomson Reuters data, and some projections have full-year 2012 origination surpassing 2010’s record levels.

“We saw the market start the year very healthy,” said McVey. “As soon as the European Central Bank introduced long-term refinancing options early in the year, we saw the risk appetite among investors grow significantly. Bond inflows are healthy and there is a lot of new-issue activity.”

High-yield bonds have become more attractive given that Treasury yields are near historic lows. “We’re definitely seeing investors reach for higher-yield bonds,” said Colleran of BondDesk. “Many investors that traditionally went with higher-rated bonds are now going to BBB and high-yield bonds. This is the case for both retail and institutional investors who are stressed to meet minimum returns.”

Second-Tier Ascent?
Among the second tier of investment banks, Jefferies is perhaps best positioned to pick up the slack left by the bulge bracket with regard to fixed-income trading.
“Jefferies will step in and take the place of banks like Goldman Sachs, Citi and JPMorgan,” said Brad Hintz, equity research analyst at Sanford Bernstein, at a March 29 Securities Traders Association of New York conference. “The economics of what is happening in this business is pretty clear. The Volcker Rule as it is currently written will have a significant negative impact on the fixed-income market, more so than on the equities market.”

However, Jefferies and other non-bulge-bracket broker-dealers will not be able to fly completely under the radar. The U.S. Financial Risk Council recently said it would choose a select group of non-bank institutions, including insurers, asset managers, and hedge funds, to face strict Federal Reserve oversight.

“It’s tough at this stage to see how it’s a layup for someone like Jefferies,” said John Jay, an analyst at Aite Group. “If there’s any type of advantage they can have in being a non-bank, the Feds may try to take that away. Even if they are a non-bank, at some point they might get regulated anyway.” Jefferies did not respond to requests for comment.

Bond markets have been slow to adapt some of the technology that has permeated other asset classes. Electronic trading has long penetrated the equities, options, futures, and currencies financial instruments, yet most fixed-income trading takes place between broker-dealers and large institutions on over-the-counter markets. A broad shift toward electronic trading in corporate bonds in particular would do little in the way of efficiency, where many bonds can trade just a few times a year.
“There are very few bonds in high grade corporate universe that trade more than 20 times per day,” said McVey. “The vast majority only trade once a day.”
The credit crisis did little to help boost the presence of electronic trading in bonds, when fixed-income trading slumped due to a lack of liquidity. During the crisis, asset managers were more likely to reach for the phone to trade than to enter deals on computers.