Brexit and the Buy Side

Brexit and the Buyside: When Your Counterparty Wants to Novate

OTC derivatives market participants are receiving a growing number of requests from their dealers to novate swaps from a one entity to another within the same dealer group.  Many of these requests are borne out of regulatory necessity, particularly ring-fencing rules coming into force for large dealers in the UK beginning on 1stJanuary 2019 in conjunction with preparation for Brexit.

Can this apply to Brexit? 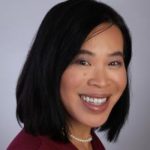 Derivatives dealers are considering a similar approach as part of their Brexit strategy. They are examining the viability of bulk-novating derivatives currently booked in UK entities to EU27 entities where they face EU27 counterparties and moving those booked in EU27 entities to UK entities where they face UK counterparties. This means migrating trades for thousands of clients. Repapering for novations in bulk is an arduous process for dealers, particularly when factoring in the negotiation time it takes to reach agreement with each counterparty.  Furthermore, splitting positions will reduce the offsetting nature of the overall position and there are margin and capital impacts. Nevertheless, many are choosing to novate ahead of Brexit in order to sidestep cross-border uncertainty about regulatory oversight and contractual enforceability of the resulting EU27-to-EU27 contracts.  What happens if you are a counterparty in receipt of a request to novate?  Short answer: it’s complicated.  Legal obligations, credit risk and increased regulatory burden are all factors.

The first consideration is contractual.  Does your master agreement have provisions for novation, specifically clauses requiring that consent to novate “not be unreasonably withheld”?

The language is not commonly found, and, even when it exists in a master agreement, does not automatically translate into your having to consent to novation as there are different interpretations as to what constitutes withholding consent “unreasonably”.  However, if there is a contractual clause on novation, firms may want to seek counsel for the most recent interpretations of the clause. Without language that potentially limits the ability to object to a novation, firms have more room to negotiate.

Why worry about another bank entity? Even though they are in the same group, the transferor and transferee entities may be of different credit quality.  If the transferee has a lower credit rating than your current counterparty, you bear greater counterparty risk.  In such an instance, there will be a change in the credit valuation adjustment (CVA).  Additionally, it would be worthwhile to take the opportunity to revisit the terms of the CSA (credit support annex of the master agreement) contract to reflect the change. Modification of the CSA to call for higher-quality eligible collateral, larger haircuts to be applied to collateral, lower minimum transfer amount and more frequent valuation of contracts are all points you would want to work out with a dealer if you bilaterally amend your CSA.

Because there is significant focus on CSAs in response to margin reform for uncleared derivatives, it is likely that your firm will be reviewing CSAs with dealers imminently, even if the dealer has not requested novations driven by Brexit.  This presents an opportunity for firms to address margin and Brexit holistically.

Without transitional Brexit arrangements, EU equivalence or other arrangements, UK exchange traded derivatives could be considered OTC by the EU and would then count towards EMIR clearing thresholds.  Complicating matters, the use of UK clearing houses for derivatives subject to an EMIR clearing obligation might no longer be possible. What we can say is that, in terms of your own derivatives portfolio, the fact that a novated derivatives contract is likely to be subject to EMIR where it is out of scope now may be the most clear reason to object to novation.

Since the novation is a transfer of obligations which ends the existing transaction obligations with the original counterparty and creates a new transaction, the new novated swap will be subject to EMIR. Legacyswaps contract currently out of scope of EMIR because of “grandfathering” (i.e. they were entered into before the entry into force of EMIR) would then be considered in-scope once novated to an EU27 counterparty and the notional amount of the contract would then count towards any EMIR clearing thresholds.  If you are a non-financial counterparty, you may be required to clear trades centrally if you exceed the clearing threshold for the EMIR  clearing obligation.  Put simply, with a greater number of contracts falling into scope, you are more likely to breach the clearing threshold.

We’ve covered only a few of the many issues Brexit poses to derivatives markets here. ISDA and other industry bodies are actively working with regulators and market participants, on issues such as the post-Brexit validity of English law as governing law of a contract, and the impact of Brexit upon practices such as portfolio compression.  There are more nuances that your derivatives counsel would be best able to assist with.

Counterparties asked to novate their positions need to be aware of the full implications.  In an ideal scenario, the need for bulk novation by dealers will be limited.  However, with the clock ticking, uncertainty continuing and dealers’ desire to avoid the risks of being caught in a stampede once clarity is provided, some derivatives dealers stand ready to novate their books of derivatives.

The good news?  To a degree, we’ve been here before and tried and tested tools are in place to assist and automate this type of large scale change. Despite the task of mass repapering derivatives contracts, or perhaps because of the sheer size of the task, dealers are leveraging workflow and document management tools like IHS Markit’s Outreach360 that help to streamline the process of updating master agreements, CSAs and other counterparty requirements. Buyside firms with exposure to significant numbers of contracts can look to these tools and make a difficult task smoother on both sides, whatever the outcome of the Brexit negotiations.