Chris Brockmeyer, director of employee benefit plans at the Broadway League, isn’t your typical fund manager. For one thing, he is an employer trustee, which means that he co-chairs most of the pension plans covering the live entertainment industry.

“We have eleven pension plans that cover participants in all segments of live entertainment industries, stage hands, musicians, actors, wardrobe unions and so forth,” said Brockmeyer.

The Broadway League is the national trade association for the Broadway industry. Its 700-plus members include theater owners and operators, producers, presenters, and general managers in North American cities, as well as suppliers of goods and services to the commercial theater industry. 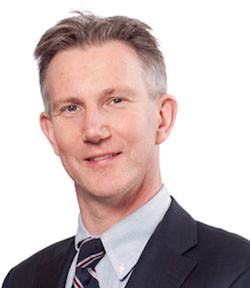 The eleven pension plans are Taft-Hartley multi-employer plans, which are a bit different from those typically found in the corporate and public pension sectors.

“A lot of industry conferences are focused on public plans or corporate plans, but Taft Hartley makes up a meaningful segment of the institutional investing world as well,” Brockmeyer said. “It does tend to be a little underrepresented in a lot of these conferences.”

Brockmeyer’s job is to serve as a trustee on all of these benefit plans, and to make policy decisions with respect to investing as well as everything from administrative matters to pension adjustments, increases or reductions, etc. In total, the plans that he oversees have about $5.5 billion in assets.

With so many plans, it is difficult to generalize about investment decisions and philosophies because each plan, by law, has its own board of trustees.

“In a Taft-Hartley world, ERISA, the legislation that governs our world, basically requires equal numbers of employer trustees and union trustees,” Brockmeyer said. “So it’s a sometimes unwieldy process, governance-wise. In fact, I am actually the only common thread between all of these plans. So, I work with eleven different boards of trustees. Some of those boards are small, six total trustees. Others are quite large, in excess of twenty trustees.”

With so many plans to manage, the issue of funding status becomes complicated.

“Every fund – and this is universal for corporate and public funds as well – is primarily motivated by trying to get it’s best return, which is typically 7.5%, although on a few funds we’ve lowered the investment return assumption to 7.25%,” said Brockmeyer.

For the plans that that are well funded, there is more of a focus on trying to be as conservative as possible with the asset allocation, notwithstanding the fact that the fixed income market is hugely problematic in terms of getting any yield.

For the plans that are not as well funded, “we have a doubly difficult problem because we can’t dial down the risk, because we need to make sure that we hit our investment return,” Brockmeyer said. “Yet, at the same time, we have to try to protect against a significant downside. In other words, the funds that are in less good shape have a lot more pressure to consistently hit that 7.5% bogey we’ve established for ourselves.”

From a risk-asset allocation perspective, he said, the general theme is looking for places where we can get some yield, which ultimately means going to somewhat more risky assets than the fixed income arena, such as high yield or emerging market debt, and finding more active bond managers than the traditional sense.”