New applications are exciting for their potential to improve business processes and boost efficiency, but firms are missing out on the benefits a unified desktop can bring to the business. What is the key to a smarter financial desktop? The right tools that allow engineers to bring an end to disparate financial applications. 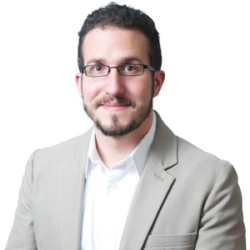 “Financial institutions may have hundreds or even thousands of applications firm-wide, but there is no way for them to function as a well-integrated whole,” said Dan Schleifer, Co-Founder and CEO of ChartIQ. “Now with Finsemble technology, firms can connect applications intelligently on the desktop.”

Founded in 2012, ChartIQ carved out its niche delivering intuitive data visualization software built in HTML5.  Over the last six years the company quickly became known as the experts in capital markets UI specializing in advanced technical analysis and high-performance charting. More recently, the company has heightened efforts around Finsemble, driven by sales to leading Wall Street firms. The fintech company has partnered with some of the most impressive names in finance including Kx, Fidessa, FactSet and other well-known capital markets systems providers; its investors include Illuminate Financial Management, Social Leverage, Tribeca Angels, and ValueStream Labs.

Among other things, the inventory of disparate applications spread across an enterprise causes issues deploying and managing the applications.

Slow and inefficient software deployment processes cost financial services about $1.5 billion annually, Greenwich Associates noted in a Q1 2018 report. “While infrastructure changes for large financial institutions are complex, the technology to ease these concerns is so accessible and the results so impactful that the benefits of pushing these changes forward are undeniable,” the report stated.

Helping financial institutions push these technology changes forward is one solution ChartIQ seeks to provide with Finsemble. Schleifer noted that the current technology landscape in finance is a function of years of ‘app creep’, as engineering teams continue to build new software while still maintaining legacy technology.

“The technology evolution has moved from legacy mainframes to plugin solutions to the current working environment, which is dominated by applications,” Schleifer told Markets Media. “Native apps have been built across every department internally, more modern apps are provided by third-party vendors, and legacy apps still remain.” Now companies are faced with an inventory of applications developed in several technologies operating in isolation from one another.

Having all applications communicating in one place on the desktop sounds nice — but what are the specific, tangible benefits for an organization?

As Schleifer explains, it’s about rooting out two primary inefficiencies inherent in the old way of doing things. One inefficiency is that end users—e.g. traders, or wealth managers, or middle-office admins—have to hop from application to application, copying/pasting or re-keying info, which is cumbersome and prone to manual error. The other inefficiency is broader in scope as technology teams need to write the same functionality over and over again.

A fragmented application environment also presents an opportunity cost, in that technologists who get bogged down playing defense — working to remedy infrastructure — have less time to play offense, i.e.  create and maintain a competitive edge via innovation.

“Inefficiencies touch every part of the organization and affect the bottom line,” Schleifer said. “From the developer to the product manager to the end user, everyone feels the pain of not having unified control over application management and distribution. ChartIQ’s Finsemble allows the organization to work smarter on all levels.”

With Finsemble, new and legacy applications are logically connected, which enables data sharing and relevant context – from blotters, order entry tickets, charts, etc. – so the right tools are brought together at the right time. Further, Finsemble also offers an ecosystem of fully integrated partner applications ready to go, out-of-the-box, to increase speed and reduce risk when delivering software to the enterprise.

“Archaic” is how Greenwich Associates termed large financial firms’ processes for developing and deploying software to truly enable business-critical workflows, compared with how consumer-focused devices and software work. The costs of lagging are “not well understood by the industry, which means they are not well managed. Although they are unseen, however, doesn’t mean they are unfelt.”

Improving this “could deliver significant cost and efficiency gains and spur an explosion of institutional fintech innovation that is clearly bubbling below the surface and waiting to emerge,” the Greenwich report stated.

“Capital markets software is in the midst of a technology refresh cycle,” Schleifer said. “Finsemble gives engineers the tools to build forward.”