The capital markets industry is now looking to bulletproof the shared infrastructure, with the encouragement from regulators, that provides such critical post-trade services as clearing, settlement and data repositories.

“The best route to mitigate regulatory risk is for the institutions themselves to group together to come up with the solutions the regulators and the industry needs,” said Brian Sentance, chief executive of Xenomorph, a provider of risk management systems. 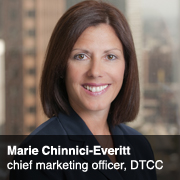 “Financial markets are a very complex system, and rules will only force that system to behave in new and not entirely expected ways.”

Regulatory risk, though, has always been part of the markets.

“With the vast amount of data exchanged between counterparties, it is essential that the workflow standards are enforced at both the individual firm level, as well as by a centralized body,” said Mark Coriaty, managing director at software provider Ledgex Systems.

“One of the challenges right now is that regulatory changes are coming from many different regulatory bodies and many jurisdictions from many directions all at once,” said Steve Engdahl, senior vice-president of product strategy at software provider GoldenSource. “Rather than responding to each one individually, firms are putting a lot of effort into addressing the full set holistically.”

At a May 22 meeting, the U.S. Treasury’s Financial Stability Oversight Council (FSOC)voted to propose the designation of an initial set of financial market utilities (FMUs) as systemically important under Title VIII of the Dodd-Frank Act.

FMUs may request a hearing before the Council to contest the proposed designation. Based on the process established in Title VIII, the Council expects to make final determinations on an initial set of FMUs as early as this summer.

The Depository Trust & Clearing Corp (DTCC) has confirmed that National Securities Clearing Corp (NSCC), its clearing and settlement subsidiary for equities and corporate and municipal fixed income securities, Fixed Income Clearing Corp. (FICC), its clearing and settlement subsidiary for U.S. Treasury, Agency and Government-Sponsored Enterprise mortgage-backed securities, and The Depository Trust Company (DTC), its depository subsidiary, have received notifications from the FSOC of the proposed determinations to designate them as systemically important FMUs.

“As the primary infrastructure responsible for the clearance and settlement of nearly all securities traded in the U.S. cash markets, these DTCC subsidiaries play critical roles in mitigating risk and ensuring the safe and seamless operation of the U.S. capital markets,” the DTCC said in a statement. “We are neither surprised at nor do we disagree with the designation being considered by the FSOC.”

The DTCC has built repositories to report information to regulators on OTC credit, equity, interest rates, commodities and foreign exchange derivatives transactions across the globe.

The global repositories for credit, equity, interest rates and commodity derivatives are currently operational, while the repository for foreign exchange derivatives is expected to be operational later this year.

“DTCC sits at the heart of the industry, serving as a critical component to protecting the global capital markets,” said Marie Chinnici-Everitt, chief marketing officer at the DTCC. “Now, more than ever, we have a unique opportunity to build upon our well-respected reputation, raise our profile and strengthen our global brand.”

The DTCC’s Global Trade Repository announced on May 21 its intention to expand its operations into Singapore by establishing an Asian-based global data center to ensure regulators have seamless access to data for systemic risk mitigation in OTC derivatives markets.

The data center will be the DTCC’s first in Asia and part of the worldwide network in the U.S., Europe and Asia that collects and stores global OTC derivatives information to bring transparency to the market.

The data center in Singapore is expected to be completed and begin initial operations late in the second half of 2012. The DTCC also intends to register the Global Trade Repository in Singapore for all five asset classes and will be working closely with Singapore, all regional regulators, as well as industry to gain further acceptance for the Global Trade Repository as the DTCC expands its operations into Asia.

Still, overlaps and conflicts may arise between jurisdictions in their adoption of legislative and regulatory frameworks for oversight of FMUs.

“Many of the market infrastructure organizations have been designated as systemically important utilities and will have to improve their internal risk capabilities as well,” said Keith Saxton, director of global banking and financial markets at computer services group IBM.

“Some regulations are more impactful than others. MiFID II in Europe, for example, creates a number of directives that go beyond previous regulatory recommendations. In all cases the opportunity is to assess the business model, the target operating model and the impact and service on the clients.”