Buy Side Dips Toe into Crypto

Cryptocurrency trading remains a foreign land for many buy-side firms, according to discussions during the Commodity Futures Trading Commission’s Technology Advisory Committee.

Continuing issues of custody as well as federal and state regulatory compliance have kept most asset managers out of the nascent markets, at least for now.

For those who have made the plunge, trading cryptocurrency is unlike trading other asset classes electronically regarding its trading environment and market structure, according to Richard Gorelick, head of market structure at DRW Holdings and who was a TAC panelist.

Bitcoin, which represents 30% of cryptocurrency market cap, has a tick size of a penny, he explained. “It’s much smaller than a lot of the markets on equities and futures.”

At the same time, the order size for bitcoin also can be as small as one 100-millionths of a bitcoin, also called a “Satoshi.” 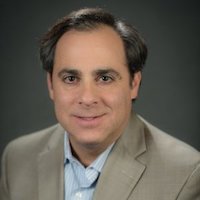 “You can often see very small sizes on the trading screen,” said Gorelick. “The combination of these tiny pricing increments and these very small lot sizes for trading in the spot market means that you have a highly fluid and often very thin order book on exchanges that trade.”

He also noted that prospective traders should expect to trade on several of the 100 existing exchanges since many have fickle banking relationships in various jurisdictions which makes moving money out of the venues difficult.

For those wanting to forego the electronic trading experience, Gorelick noted that institutional investors might prefer trading on the over-the-counter market.

“The advantages of trading in these OTC markets for some participants are the ability to trade in large institutional sizes, get competitive all-in pricing, and quickly settle and get paid, usually in less than 24 hours.”

For asset managers looking for bitcoin exposure without holding the cryptocurrency, the CME Group of Cboe Global Markets launched their respective bitcoin-based futures contracts, which behave like any other cash-settled futures contract, in December 2017.

Since it started trading in its five-bitcoin contracts, the CME Group has seen its daily trading volume hit an average of 1,397 contracts with a notional value of $83 million daily, according to panelist Bryan Durkin, president of the CME Group.

“We have over 900 unique accounts that are routinely trading across all of our client segments,” he added.

Proprietary traders represent 70% of trading volume followed by buy side (approximately 15%), retail customers (13%), and banks (about 1%), according to Durkin.

Such numbers demonstrate the overall maturity of crypto assets as an asset class, said DRW’s Gorelick. “It’s good to have regulated exchanges involved with the landscape.”