Sign up to receive exclusive articles on topics including: Select one or more newsletters you would like to receive:
Close popup
Featured
Banks

Using an algorithm to trade U.S. equities is the most economical way to execute orders.

The lowest-cost option is especially attractive when commissions on cash equity trades aren’t increasing, which has been the case over the last few years, according to Cheryl Cargie, head trader at Chicago-based Ariel Investments. Cargie told Markets Media that the commission numbers are directly correlated to the overall flat trading volume the equity market is experiencing. 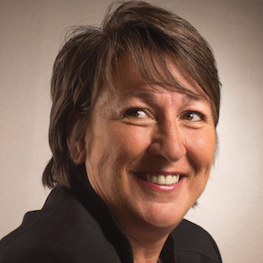 “Business is very flat, both for our firm and the market in general,” Cargie said. “bearing that in mind, we’re trying to balance our commission spend on what trades we need to get done.”

Greenwich interviewed 223 U.S. equity portfolio managers and 321 U.S. equity traders between November 2015 and February 2016. The consultancy estimated the annual pool of cash equity commissions paid by institutional investors to brokers on U.S. equity trades was $9.65 billion, down more than 30% from its 2009 peak.

“While that may seem like a dismal figure, it is important to note that the 2016 level is about 4% higher than the low of $9.3 billion reported in 2013,” said Richard Johnson, vice president of market structure and technology at Greenwich and author of the report.

“Their data numbers don’t surprise me at all,” Cargie said. “Business overall during the past few years has tailed off and whatever money you have to send for trading and research has to be very carefully allocated.”

The Greenwich report said that some market observers have suggested the commission pool is shrinking due to increased use of low-cost execution channels.  While the average share of U.S. equity trading volume directed to electronic channels including dark-pool sourcing algorithms or smart-order routing algorithms has been flat at roughly 38% since 2009, the study data does reveal a meaningful pick-up in e-trading among the biggest institutional traders. The largest commission-generating accounts participating in the study increased their use of algorithmic trading strategies/SOR by almost 10% between 2015 and 2016.

And this too makes sense to Cargie. While she prefers trading in the upstairs markets where a high-touch trader can quietly work her small and micro-cap block orders, she understands why other traders, especially those who value liquidity rather than size, would go with an algorithm.

“I’m paying to get those blocks, which quite simply you’re not getting with an algo,” Cargie said. “The algo might get me a few hundred shares at best. That’s not what I’m looking for.”

When electronic trading started its rise two decades ago, many assumed that its growth trajectory would continue, with single-stock phone-based trading continuing to lose market share.

And Greenwich’s report does bear out Cargie’s trading philosophy. The consultancy reported that in  2016 trades sent to high-touch sales traders continue to generate the bulk of the commission pool. “In a world where trading algorithms are considered commoditized, the human touch can be a differentiator,” Johnson acknowledged.

But Cargie and the other buy-side traders acknowledge that low-touch or algorithmic trading is here to stay. “Let’s face it, using an algo to trade is just cheaper,” said a buy-side trader in New York. “And in this moderate trading environment, where you have the same amount of traders jockeying around to get the same securities, if you can use and algo and get your shares quicker and cheaper it’s great. Think of it as saving lost alpha.”