As new rules for a centrally-cleared over-the-counter derivatives landscape loom on both sides of the Atlantic, buy-side participants are facing up to new collateral and margin requirements that are set to significantly increase complexity and costs.

According to research firm Tabb Group, there will be an expected $1.6 trillion to $2.0 trillion in collateral shortfalls once the post-Dodd-Frank and post-Emir regulatory environment takes hold, which is expected from January next year.

Margin calls, both initial and variation, will occur daily, which means that institutional investors not used to posting initial margin will have to put up collateral and handle intraday movements on all bilateral and cleared derivatives transactions. It will move the collateral process from a low-profile back office operation to one that has not only morphed into a compliance matter, but also a trading and risk consideration—and even a competitive issue.

“Global regulations and changing market dynamics are mandating new and complex requirements for the use of collateral, which are forcing buy-side firms to re-evaluate their need for and use of collateral,” said Gerald L. Hassell, chairman, president and chief executive of BNY Mellon, the world’s largest custodian bank. “These regulatory mandates will result in an unprecedented need for and effective deployment of collateral.”

“Execution is the thinner end of the wedge when it comes to regulatory reform and the buy side is having trouble digesting the margin demands being placed upon them,” said Will Rhode, principal, director of fixed income research at Tabb Group.

Liquidity Fears
Some market participants even fear that many on the buy side may just turn their backs on derivatives altogether and simply accept a greater risk on their portfolios, with this unintended consequence resulting in vast swathes of liquidity disappearing from derivatives markets.

“The new regulations will have a lasting impact on how the buy side conducts business,” said Liam Huxley, vice-president, business development at Advent Software, a software provider. 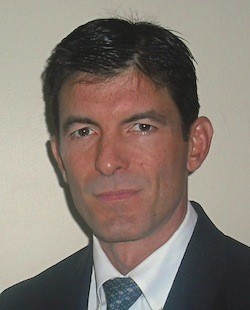 “Central clearing, initial margin requirements and the cost of collateral will force many firms to significantly upgrade their systems,” said Sean Owens, director of fixed income at Woodbine Associates, a research firm.

And then there is the problem of what collateral will be accepted by clearing houses once the new rules kick in. At first, clearing houses said they would only accept high-quality government securities or cash as collateral in this new world—which dealers and hedge funds may well be able to meet but big buy-side institutions such as pension funds and insurance companies would struggle too as their portfolios rarely contain cash.

Riskier Assets
Clearing houses, though, could now be relenting on this with CME now accepting less risky corporate bonds and Eurex saying they will take equities as well—both more risky mainstays of institutional investor portfolios. Regulations surrounding eligible collateral have not yet been finalized with market participants pushing for more risky assets, such as equities, to be allowed in the final reckoning.

Analytics are also set to play a big role for buy-side firms in assisting them in predicting their collateral or margin requirements to manage liquidity. In addition, collateral transformation services may also become much sought after as buy side firms look to meet collateral shortfalls and gain the eligible collateral needed for their trades, while market participants will also have incentives to use the same clearing house by being able to benefit from offsetting.

“The buy side supports the idea of transparent markets and generally sees the regulations as fair and benign, but also as more costly,” said Clifford Lewis, executive vice-president and head of custody bank State Street’s eExchange business. “However, the process of transformation is challenging and it dominates the buy side’s thinking. They see a long road ahead before there will be collateral-efficient clearing solutions, competitive electronic execution and increased volumes that mitigate concerns about liquidity.”

As a result, a new term, called ‘collateral scarcity’, has entered the financial lexicon.