Sign up to receive exclusive articles on topics including: Select one or more newsletters you would like to receive:
Close popup
Hedge Funds

Extraterritorial application of rules is worrisome for asset managers.

For global asset managers, one regulatory risk is that rules will be different across borders, boosting the complexity and costs of dealing with regulation and perhaps cutting off business opportunities.

The upshot is that as hedge funds and other asset managers get swept up in a tide of international regulations, they are fireproofing their businesses with processes, controls and governance to ensure that they don’t end up as the butt of late-night talk shows. 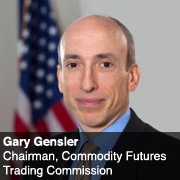 Speakers at the Investment Company Institute’s (ICI) General Membership Meeting in Washington earlier this month cited a divergence in regulatory initiatives since the financial crisis, when rule makers acted in sync on some major moves.

“We will have some regulatory arbitrage [due to geographical fragmentation of financial regulation],” said Christian Dargnat, chief executive of BNP Paribas Asset Management.

Henderson Group chief executive Andrew Formica said “a strong regulatory framework is absolutely paramount for building confidence and trust” of end-user investors. But he had concerns about the amount of regulations that will affect market activity globally that are developing on their own accord.

“Three years ago, regulators acted concurrently and we saw collaboration,” Formica said at ICI. But in 2011 and so far this year, more regulatory objectives have been put forward “in national and regional interests”, he said. He cited the Foreign Account Tax Compliance Act (Fatca), that targets tax dodgers using foreign accounts, in the U.S. as an example of this.

“There is so much regulation coming, and often it’s in conflict with regulation in other jurisdictions,” Formica said. “Regulations are becoming local.”

The good news is that a well-crafted plan, in contrast to a seat-of-the pants approach, can avoid more serious problems down the road, and can put firms at a competitive advantage.

“Much of the information required to comply with new regulations is repeatable, so it can be created once but used multiple times as new regulatory guidelines unfold in different jurisdictions,” said John Schneider, lead partner for KPMG’s investment management regulatory practice.

“The goal is to create one model that deals with multiple regulations and jurisdictions,” Schneider said.

Quest for Harmony
One of the most important issues in the OTC derivatives market today is the need for international regulatory co-operation to address the issue of extraterritoriality.

Concerns are growing about the potential impact of one regulatory regime reaching beyond the boundaries of its home jurisdiction. In Dodd-Frank, the U.S. reform of Wall Street, the legal basis to reach beyond the borders is to avoid an adverse effect on the economy or financial condition of the U.S.

The practical effects of that authority will depend on just how far those charged with implementing the law want to push their jurisdiction.

“The ultimate resolution of the extraterritoriality issue will depend on global regulators working together to resolve the issue of jurisdiction,” Robert Pickel, president of the International Swaps and Derivatives Association (ISDA), a trade body, said at ISDA’s annual general meeting on May 2.

Commodity Futures Trading Commission chairman Gary Gensler, in his remarks to the AGM, said that he was working closely with global regulators and was confident that they would work towards a common approach. He reported that the day before he addressed the AGM, he was in Toronto with a group of global regulators discussing these very issues.

The purpose of the May 1 meeting was to provide a forum for discussion among key OTC derivatives regulators responsible for implementing new rules. It’s the second time authorities have met to discuss technical issues related to their implementation efforts.

The authorities discussed a range of implementation issues, including pre- and post-trade transparency, margin for uncleared derivatives, co-ordination of clearing mandates and access to swap data repositories.

They committed to continue to engage in bilateral discussions in their efforts to immanent new requirements for OTC derivatives.

Hedge Funds Institutionalized
The post-2008 influx of institutional money into hedge funds has resulted in a marked increase in the global industry’s operational sophistication and transparency to investors, according to a new report by accounting firm KPMG and the Alternative Investment Management Association, which represents the global hedge funds industry.

“Transparency is at the center of the regulations themselves,’ said KPMG’s Schneider. “The result is we are getting a better view into systemic risk.”

The role of institutional investors has also heightened the bar for due diligence and creating the right infrastructure from a governance perspective. “Many clients are asking for the same information that is included in Form PF and other compliance documents,” Schneider said. “They are looking for more transparency and we will continue to see changes in the information that should be provided to clients in the years to come.”

The most compelling and consistent theme from the survey is the force with which the global fund industry is becoming institutionalized.

Institutional investors now represent a clear majority (57%) of all assets under management by global hedge funds, a trend that’s creating profound implications for the industry.