Market fragmentation is a reality in Canadian markets. The question is whether that’s good or bad; the answer espoused by many market participants is that it’s a little of both.

“A lot of people equate fragmentation with an arms race, but I see it as more like a space race, where innovation drives benefits like market data, new trading tools and order types.” Sean Debotte, director of business development at Omega ATS

The proliferation of trading venues — dark, lit, and in-between — puts the onus on trading firms to connect to all venues and that requires up-front expenditures on smart-order routing, co-location and other services associated with electronic trading.

The good news is that once firms are up to speed with the prerequisites, they will be in a better position to trade not only in Canada, but in other markets as well.

“The Street is polarized on market fragmentation in Canada,” said Sean Debotte, director of business development at Omega ATS, a Canadian alternative trading venue. “I believe that fragmentation is a good thing because it creates more competition. A lot of people equate fragmentation with an arms race, but I see it as more like a space race, where innovation drives benefits like market data, new trading tools and order types.”

Benefits “come from competition between multiple market venues,” Debotte said. “These wouldn’t happen without fragmentation. That said, the cost of technology and connectivity to multiple markets is significant.”

Up until recent years, the lion’s share of Canadian equity trades was matched on TMX Group’s Toronto Stock Exchange. Since regulatory changes and technological advances have opened the business of operating markets, even the incumbent has to work to stay relevant.

“Over the last five years we have remained committed to lowering the overall cost of trading in Canada through the introduction of innovative pricing and services that enhance trading performance,” said Dan Kessous, chief executive of Chi-X Canada, in a statement.

CX2 is meant to save money for end users through trading efficiencies. “Following the TMX Group’s acquisition of Alpha, we have heard calls from the industry for greater competition,” Kessous said. “With the introduction of CX2, we will provide a market place that services both the retail investor and small to mid-tier brokers, groups that are currently disadvantaged on other markets.”

Increasingly, trading in Canada is conducted without pre-trade transparency, or ‘in the dark’, yet little is known about how that affects market quality, according to Sean Foley of Capital Markets
Cooperative Research Centre, an Australia-based think tank.

“Dark pools aim to encourage large traders to express latent liquidity in a public setting,” Foley wrote in a recent paper. “However, as these orders become smaller and smaller, it raises questions about price discovery and fair access to the market.”

NI 23-103, which went into effect on March 1, imposes requirements on marketplaces for availability of order and trade information, controls relating to electronic trading, thresholds and erroneous trades.

“The risk controls, which are principles-based rather than prescriptive, are aimed at ensuring basic checks are performed before orders are routed to the various markets, and that any firm going directly to the market — the naked-access HFTs — are passing through an independent risk check before hitting a marketplace matching engine,” said Doug Clark, managing director at ITG Canada.

Pre-trade risk checks must be done before orders are sent, and therefore should not impact trading speed. Such safeguards “should be the responsibility of the broker in combination with the client placing the trade,” said Alison Crosthwait, head of Crosthwait & Associates, a Toronto-based consulting firm. “This becomes complicated in a Direct Market Access arrangement.”

“To check just before sending an order increases latency,” Crosthwait continued. “That being said, regulatory requirements may force brokers to do checks closer to actual execution. There is also the issue that a pre-trade check done too early may be undone by a later loophole. Risk management, regulatory compliance, and speed are separate goals and an optimal balance between the three must be found.”

Non-TSX market share rose to more than 40% in the fourth quarter of 2012, despite the implementation of new dark-pool rules in Canada that reduced volume on Alpha IntraSpred significantly, according to an ITG report.

Trade sizes have increased on most venues amid an uptake in block volume. As with overall volumes, the increase in trade size is most evident on Chi-X, which had a 7% increase from the third to fourth quarter of 2012, according to ITG.

“Overall, trading costs continue to move lower,” said Clark. “Volumes are down from the previous year which was a high-water mark, but we are seeing volumes and breadth of liquidity increase.”
Implementation of the 23-103 risk controls “should have been virtually seamless, with many of the dealers already having such checks in place,” Clark said. “The low-latency arbitrage players have been impacted in that they have had to work with their dealers to find and implement very low-latency filters that don’t impinge on the speed advantage they rely on.”

One a competitive edge, close proximity to a trade-matching engine is now a prerequisite. “Low latency is the new normal,” said Torstein Braaten, chief executive of TriAct Canada, a dark-pool operator with 2% market share by volume. “We’re past the question of do you need low latency. The question now is do you need ultra-low latency.” 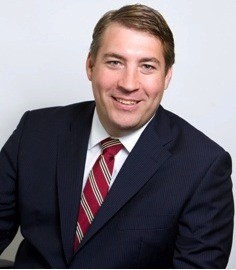 In today’s high-speed electronic markets, real-time data is essential for traders and investors, and it’s generally accepted that access to such data should be fair.

However there is skepticism that this holds true in Canada, where data costs have been shown to be almost 50% higher than in the U.S.

“Market data is more expensive in Canada relative to the amount of trading as compared with other markets,” said Braaten. “We’re clearly more expensive because we’re a smaller market and don’t have the scale that the U.S. has.”

Canadian securities regulators have made market data a centerpiece of equity market reforms. In a November 2012 consultation paper, the Canadian Securities Administrators said that the cost of consolidated data in Canada is higher than the U.S. relative to trading activity.

The paper postulated that differences in regulation, structure, scale and size of the two markets may explain the cost differential and may make parity an unrealistic goal.

“The entire Street agrees with the perception that market data is expensive in Canada,” said Debotte at Omega ATS. “It adds a huge overhead cost in terms of having to connect to multiple marketplaces that charge individual data fees. It needs to be drastically reduced to incent dealers to focus on the benefits of a fragmented market.”