The SAFE Act is coming up for a vote in the U.S. House of Representatives and is expected to pass.

In baseball parlance, it is SAFE!

The vote on the measure, which would allow federally overseen financial institutions to serve cannabis-related businesses, can come up for acceptance via Democratic leaders anytime now. Analysts at Cowen & Co. expect the Act to pass.

“If done via suspension of the rules, it should mean a broad, bipartisan vote,” Cowen noted. “By contrast, regular order likely means social justice amendments that will complicate passage in the Senate.”

Furthermore, passage in House and eventually the Senate translates into the 116th Congress enacting  the SAFE Act, which would permit banks to service cannabis companies that comply with state law. The passage of the Act by the House, Senate in the future and an eventual enactment by the President would greatly promote funding and securitization of cannabis and create a new asset class, the thinking goes. 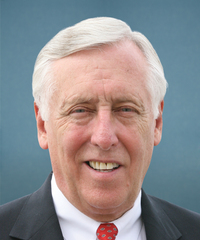 “It supports our view that Congress will enact the SAFE Act prior to the 2020 election,” they wrote in recent research. “House Majority Leader Steny Hoyer is considering using Suspension of the Rules to move this bill. This a procedural tactic designed to quickly pass less contentious bill.”

House Leadership can use suspension any day Congress is in session though it is designed to be used only on Mondays, Tuesdays or Wednesdays. On those days, leadership can list a bill for consideration under suspension of the rules. If two-thirds of the House agrees, then it proceeds.

The advantage of suspension is that the bill cannot be amended though the version that goes to the floor can contain changes made ahead of time. There is 40 minutes of debate which is split between supporters and opponents. A simple majority results in passage.

“We expect the bill will get changed in advance of going to the floor so that it would also protect industrial hemp producers access to the banking system. As we previously wrote, banks are reluctant to service industrial hemp because of the trouble of determining if the amount of THC in the product is low enough to be considered hemp rather than cannabis,” Cowen noted. “This is a critical change as it is designed to garner the support of Senate Majority Leader Mitch McConnell, who will decide if the Senate takes up the SAFE Act. McConnell is a big supporter of industrial hemp which is grown in his home state of Kentucky.”

Furthermore, the real advantage of suspension is that it could keep other Democrats from trying to amend the bill to include social justice amendments. These include expunging criminal records and empowering minorities to participate in the cannabis business. “We believe these provisions could sink the SAFE Act in the Senate so keeping them off the measure is a positive,” Cowen wrote.

“Progressive Democrats will succeed in amending the SAFE Act if they get the chance. It is just hard to believe Democrats could vote against these amendments if given the opportunity. This is why leadership wants to use suspension. They realize the amendments will pass, which means the SAFE Act would emerge from the House on a partisan vote.”

Still, the process would be smoother if the SAFE Act emerges from the House without extra provisions, which is a crapshoot for now. A lack of riders would likely reassure Senate Majority Leader Mitch McConnell that he could let the SAFE Act advance without worry that the House will later try to broaden the measure in ways he opposes and cost more money or raise taxes.