The Case for a Reference Data Utility

The idea of a centralized “utility” for managing reference data is gaining traction as financial organizations seek to harness Big Data.

The industry has reached an inflexion point in terms of appetite for some form of utility or mutualized data management system for reference data, as potential cost savings outweigh historical concerns around security and control, according to a survey by A-Team Group of senior reference and enterprise data management executives from Tier 1 and Tier 2 financial institutions in the first quarter of 2014.

The research indicates that various trials are taking place, reflecting several different business models, which suggests the industry has not yet settled on an agreed standard. One such initiative involves a consortium of four or more investment banks and the Depository Trust & Clearing Corp. (DTCC), which already provides the bulk of clearing, settlement and depository services in the U.S. Others include third-party utility providers and more traditional outsourced service providers.

Euroclear Bank and SmartStream operate a centralized reference data utility service known as the Central Data Utility (CDU), which channels financial reference data from data vendors selected by the CDU’s clients, as well as from data originators, such as central securities depositories and stock exchanges.

Securities data processed in the CDU is validated, cleansed of inaccuracies and then enriched before being relayed to clients in the precise format that the client has chosen, on an intra-day basis. 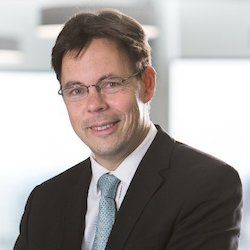 “The CDU gives a lot more control to users in what they can do and is aimed at improving operational efficiencies and mitigating risk,” Martijn Groot, product manager for Euroclear’s CDU, wrote in a 2013 article. “In fact, what users get can be compared to an à la carte menu. The shared services model puts the user in charge of picking the data sets and the sources they require, and having it served in the way they prefer.”

According to a survey of executives from leading Wall Street firms conducted by NewVantage Partners in 2013, 96% of executives reported having a Big Data initiative planned or in progress, with 80% reporting having at least one initiative completed.

Wall Street is seeing that Big Data could have an even greater impact on how they do business than initially imagined. The time which it takes to generate a critical business answer is moving from months or weeks to hours and minutes – many firms report a 100:1 time advantage – as a result of the incorporation of Big Data processes. In the survey, 87% of executives cited both accelerating time-to-answer and the need for better analytics as the most common driver of Big Data investment for their firms.

“Two years ago, they viewed Big Data as an experiment within their analytics or market research groups,” said Bean. “Today, now they are bringing it in on a wholesale basis to be their main production environment for regulatory reporting and operational activities. Big Data will play a mainstream role in the corporation going forward.