Two significant events in the development of the SEC-mandated Consolidated Audit Trail took that place during the last week of January could lead to further delays.

On January 29, the SEC appointed Manisha Kimmel as senior policy advisor for regulatory reporting, or more informally the “CAT Tsar,” and who reports to SEC Chairman Jay Clayton. Kimmel most recently was the head of regulatory compliance, wealth management at fintech vendor Refinitiv and served on the CAT NMS LLC’s Advisory Committee. 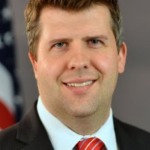 “SEC Commission Kara Stein pushed for a CAT Tsar who would report directly to the SEC chair to make sure that it would make it over the line,” Tyler Gellasch, executive director at the Healthy Markets Association, told Markets Media. “Frankly, for the first time, we have one in January 2019. Not only do we have one, but we also have someone who is deeply experienced on the issues and has the expertise instead of having a group of people where each one is one-tenth a project manager and not necessarily incentivized for success.”

Two days after the SEC’s announcement, the Wall Street Journal reported that the consortium of self-regulatory organizations, exchange operators and FINRA, decided to switch plan processors from Thesys CAT, which the consortium of SROs selected in January 2017, to market regulator FINRA.

“It’s not surprising that those two announcements came roughly at the same time,” said Gellasch.

The SEC must have been well aware that something was happening, speculated James Angel, associate professor of finance at Georgetown University’s McDonough School of Business. “They would be the dumbest critters on the regulatory planet if they did not inform the SEC.”

The project has been plagued with delays since the SEC adopted Regulation NMS Rule 613 that mandates the SROs develop and implement the market surveillance platform on July 18, 2012.

Under the original plan, the project had a three-phase rollout that should have gone live on November 15th of 2017, 2018, and 2019. However, the consortium requested an exemption that would allow the project to push the launch of the project’s first phase to November 15, 2018, citing delays in the platform’s development, which the regulator did not grant.

In August 2018, Brett Redfearn, the director of the SEC’s Division of Trading and Markets, issued a statement that his division “does not expect to make enforcement referrals concerning industry members for failure to report data to the CAT if the CAT is not sufficiently developed to receive that data.”

At the same time, the Division of Trading & Markets expects industry member to works with the SROs and make a good faith effort to implement the platform “as promptly as practicable.” 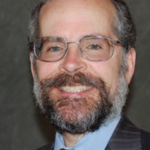 Georgetown’s Angel expects that there will be additional delays. “When you are changing vendors this late in the game, it is obvious that it is going to cause delays,” he said.

Whether it is an issue of changing the database or the published specification to which the broker-dealer community has been coding their systems, Angel is unsure. “It could be the matter of going back to the drawing board, which is a common occurrence with major IT projects like this.”

However, James Toes, president and CEO of the Security Traders Association, does not assume that the change in plan processors with equate to another significant extension to the deadline.

“I would caution people not to think like that because we do not have enough information,” he said. “Maybe these conversations were taking place in October and November, and we do not know.”