Just a few years ago DLT was being marketed as the second coming of financial technology and how it was going to change the world. And the mad dash of firms and syndicates, such as R3 and others, not to mention leading names like Blythe Masters were everywhere. Yet here the market is and DLT or blockchain has yet to become as common as quickly as Bluetooth technology.

Traders Magazine Editor John D’Antona Jr. recently caught up with Arjun Jayaram, Chief Executive Officer at Baton Systems to discuss the state of DLT in the marketplace and where it is making the biggest inroads. 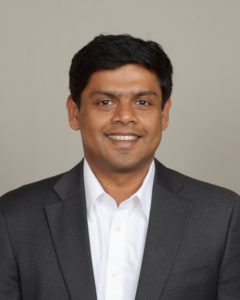 Traders Magazine: Can you discuss the developments in DLT over the last year – either technological or from an implementation perspective?

Arjun Jayaram: 2018 has been an important year for distributed ledger technologies. The industry has moved past the hype and into some practical applications of DLTs which have been deployed in production by banks.

TM: In what areas?

AJ:  We at Baton Systems have been seeing DLT technologies in a few areas such as FX settlements, collateral movements in derivatives and futures, golden copy of transactions for complex swaps between multiple parties and to a limited extent, in trade finance and overseas remittances. In addition, we are seeing industry working groups and standards committees forming that are discussing interoperability.

TM: You mentioned DLT payments for derivatives payments in FX markets as a growth area – is this the largest area of development?

AJ:   FX Settlements is certainly one of the largest markets in general with several trillions of dollars of notional value that is settled on a daily basis. It is not just in derivatives, but also in FX spot settlements, and corporate FX treasury operations. Given the volume, it also has large capital and operational costs on banks. In addition, given the complexity and opacity, there are significant settlement risks for the entire ecosystem.

Also, crypto and digital currencies introduce additional risks to all parties and have a long way to go before the models achieve maturity. We have developed a distributed ledger technology-based solution that significantly improves the speed and reduces the cost of payments without the need for cryptocurrencies and digital assets.

TM: How long does it take to deploy a DLT solution at a typical firm? Is that deployment time getting shorter?

AJ:   Very large, ambitious attempts to overhaul existing infrastructure with DLT technologies by typical firms are risky, expensive and slow to gain adoption by all stakeholders. That said, a more practical approach is to address the biggest pain points first using DLT technologies. To do that, the new systems need to interoperate with existing systems through strong APIs, high-speed data exchanges, high reliability, security, etc.

At Baton Systems, a typical first phase of implementation from kick-off to go-live is typically between 4-6 months. That does not mean that the entire system is upgraded, but rather that the customers have a DLT-based system that addresses the major pain points in payments tested and deployed in production. Through this approach, customers can realize their ROI within the first year.

Following the initial deployment, incremental enhancements can be made quickly and easily on the next areas of inefficiency. Like they say, “How do you eat an elephant? One bite at a time.”

TM: What is the future of DLT look like from now? Can we expect a greater amount of acceptance and implementation? Has acceptance risen and will continue to rise? Or do you expect it slow?

AJ:   It was important for the hype in DLT and blockchains to die down before we could start to see more practical applications and companies with long-term prospects to emerge. We think 2018 separated the viable companies from the pack in DLT.

We expect the future to be more practical with less hype. The technology benefits are real and measurable. But it does not provide the single silver bullet for all of the industry problems as it was hyped out to be, by people who had no business doing it in the first place. We are bullish on the following:

Overall, we see a more practical era where the real value from DLT technologies will grow at an ever-accelerating pace.