Digital assets – the next finance frontier.

While much ballyhooing and bellybucking surround cryptocurrency and stablecoins, the future might just belong to digital assets and the trading of them, according to Templum Co-Founder Vince Molinari. His New York-domiciled firm is committed to the digital asset space – operating both a flagship broker-dealer subsidiary, Templum Markets, and a blockchain-enabled, regulated alternative trading system (ATS) for the primary sale and secondary trading of digital assets. Templum has also entered into a strategic partnership with the Miami Exchange Group (MIAX) to launch an SEC-regulated digital securities exchange. 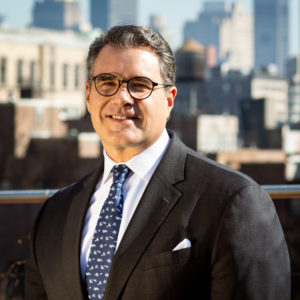 TRADERS MAGAZINE: How do you feel about the recently passed Reg BI? Did it go far enough? Too far?

VINCE MOLINARI: Firstly, Templum would like to offer congratulations to Chairman Clayton for bringing Regulation BI to this point. We fully endorses all meaningful initiatives and mandates that advance investor and consumer protection as well as create further market awareness. As the vote in favor of Regulation BI by the Commission is so recent, we are still assessing the broader implications, but Templum believes that Reg BI is a step in the right direction. It is worth stating, however, that Regulation BI has less direct implications for Templum as we do not give investment advice, but the changes contained related to giving better clarity regarding investment advice and reducing conflicts (i.e. reductions or eliminations of sales competitions or awards for selling specific products over same period of time) can go a long way in aligning fiduciaries with their client interests. Templum is also looking forward to what the Department of Labor may introduce on this topic later this year.

TM: What are your thoughts on the state of digital asset creation? Is the pace slow or just right?

Molinari: I believe that the current pace of digital asset adoption is slowed by uncertainty regarding the implications of blockchain technology. At present, many traditional capital markets participants are still unclear on where cryptocurrency ends and where blockchain-based share registry begins. Templum’s business does not touch cryptocurrency in any way, instead it leverages a permissioned blockchain to store the share registry of private securities in an innovative way which increases the inherent tradability of the instrument. Templum’s ultimate goal is to create new paths to liquidity in traditionally illiquid assets. Templum believes that as education and adoption regarding digital securities continues to grow, we will see more and more traditional participants entering the space and applying the technology’s value proposition to their own business.

TM: What about the trading of digital asset-backed securities? Will it be OTC, ATS or via exchange? What is the best way to promote liquidity here?

Molinari: Templum believes that trading, in the near term, will largely take place on ATSs given some of the guidance from the Commission not only for asset-backed digital securities, but digital assets broadly.  Templum believes, reminiscent of the release of Regulation ATS in 1998 and the dislocation of trading of listed securities off exchange, ATSs will be utilized in the current day as the venue for unregistered securities to transact, create new market infrastructure, and ultimately to set best practice.  Over the long term, Templum believes that the adoption of blockchain based share registry will only continue to expand, eventually being used for public registered instruments. To that end, Templum has entered into a joint venture with MIAX to create an SRO dedicated to the trading of public digital securities.

TM: What are some of the issues that need to be addressed to better facilitate trading?

Molinari: We believes that bridging the gap between traditional capital markets and the private and unregistered digital security space will further incentivize institutional engagement. Templum believes that this bridge will be created via the incorporation of more formal intermediaries to mitigate counterparty risk. Templum was approved to operate a Transfer Agent to act as a redundant record of all ownership recorded on our permissioned blockchain. Regulated entities like this will assist in reducing some of the unjustified concerns often related to blockchain. In addition, many institutional participants are still exploring the concept of custody and good control as it relates to digital securities. As more clear regulatory guidance is authored, Templum feels that we will continue to see more widespread adoption. Lastly, trading of private securities (whether traditional or digital) is often met with substantial asymmetry of information across buyers and sellers. Templum has entered into a collaboration with S&P CUSIP to assign a unique CUSIP identifier to all instruments offered and traded on our platform, making them discoverable on Bloomberg and Reuters terminals globally. Templum also institutes reporting requirements of all issuers that intend to list their private security on its ATS. Partnerships and innovations like these are intended to further reduce the risks and fears of traditional capital market participants as they venture into the digital security space for this first time.

Molinari: The use of a blockchain-based share registry has no bearing on whether the instrument is publicly registered or a private security. To date, most digital securities have been issued as private securities due comparatively to lighter regulation in the private security space as it relates to transfer, settlement, and custody when compared to public securities. However, as regulation of public securities continues to warm to the utilization of distributed ledger or blockchain technology to record ownership, and the incumbents within the public market infrastructure begin to use blockchain, there will certainly be public digital securities.

TM: Can you discuss digital assets and their regulatory future?

From a regulatory perspective, there is currently no legal definition of digital securities. It is not really an issue of modernizing an existing definition, but rather authoring a definition with regulators as to what is a digital security. What still is required is further education and awareness related to how digital securities record their ownership and the benefits that data architecture provides.