The cherry blossom season, also known as Hanami, may come from a centuries-old Japanese tradition, but the delicate white and pink blossoms of the Sakura trees are fairly short-lived. The trees themselves don’t live very long either, according to Brian Funk of the Brooklyn Botanic Garden. In fact, it’s their ephemeralness that makes their blooming period a widely celebrated event around the world. Here in the city, the trees typically start to bud late March or early April, and the full cherry season–up until when the ground is covered with blankets of fallen petals–can last for a month. 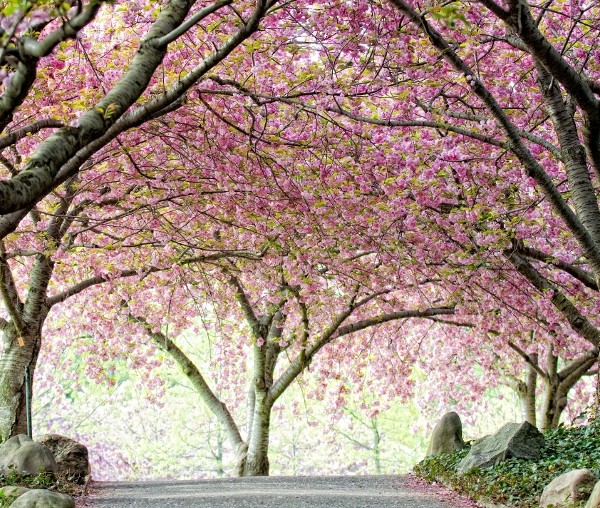 One of the best places to enjoy cherry blossoms in North America is right here at the BBG, which has more than 200 flowering cherry trees and more than 40 cultivars. Its collection is one of the most diverse and oldest to be found in an American botanic garden. The Cherry Esplanade is a sight to see once the plants are in full bloom, and a stroll down Cherry Walk will make you feel like you’ve stumbled into a park in Japan. The cherry trees at BBG were purchased for the garden in 1921, and two of the original weeping higan cherries can still be found at the north end of the walk. 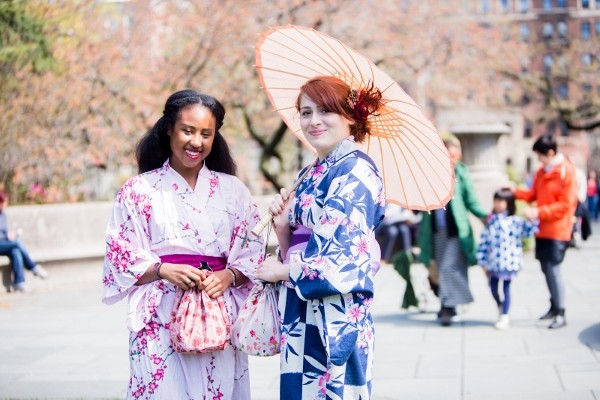 A good time to check out the blossoms is during the garden’s Sakura Matsuri, the largest event of its kind to be held in a U.S. public garden. The weekend festival is a celebration of traditional and contemporary Japanese culture, which is set to take place on April 25 and 26 this year. Revel in performances and demonstrations like taiko drumming, samurai sword fights, tea ceremonies, cosplay fashion, and more against the backdrop of the double flowering “Kanzans,” which usually bloom at the end of April and can have up to 28 petals each.