There’s a new investment vehicle coming to your 401(k) plan — if it isn’t already there.

Collective Investment Trusts (CITs) are similar to mutual funds and exchange-traded funds (ETFs), but they differ in that they can only be purchased by qualified retirement plans. CITs generally have lower fees and they can be customized to fit the specific needs of the plan sponsor.

CIT assets have increased sharply in recent years, from $1.9 trillion in 2015 to about $3 trillion at the end of 2018. But that number is just a fraction of the estimated $18 trillion in mutual-fund assets, and CITs are in only about 30% of 401(k) plans, according to industry data. 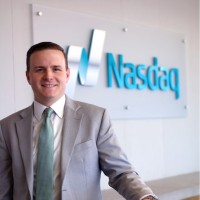 The catalyst for more retirement plan sponsors and advisors to add CITs into their investment mix is the addition of ticker symbols and more transparency around CIT regulations. That’s according to Devin McCarthy, Managing Director at Nasdaq Fund Network, which registers CITs, assigns CIT symbols, and disseminates CIT data to investors.

“The Nasdaq Fund Network plans to take the CIT market to where we took the mutual fund market,” McCarthy told Markets Media. “The Mutual Fund Quotation Service was launched in the mid-1980s, when the market was opaque and there was no common symbology. Nasdaq worked with Mutual Fund Issuers to register and assign tickers and, today, more than 1 million users a day look at NAVs from more than 400 mutual fund distributors.”

McCarthy said 350 CITs have registered since Nasdaq launched its CIT platform last August, including offerings from large asset managers such as BlackRock and Franklin Templeton. “Today, we have registered 5% of the market and in the next six months we are on track to add an additional 1,000 CITs on the Nasdaq Fund Network.” 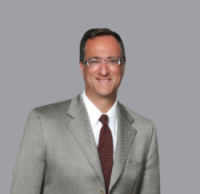 “The whitepaper was intended to address any concerns investment managers and trust sponsors may have about marketing restrictions,” said Clifford Kirsch, partner at Eversheds Sutherland. “CITs have been around as long as mutual funds have, only recently have they been gaining more acceptance. There’s a growing understanding by plan sponsors and plan participants as to what CITs are — how they operate, how are they similar to and different from mutual funds, etc.”

Historically, CITs were designed as investment vehicles for defined benefit, or pension, plans, asset manager Legg Mason noted in a 2018 report. As more companies discarded defined benefit plans in favor of defined contribution or 401(k) plans, CITs have gradually evolved to be suitable for those plans.

On balance, CITs have lower costs than mutual funds, as well as lower administrative, distribution and marketing costs. This translates into lower fees for end-user investors that are 0.20-0.25% lower on average, according to the Legg Mason report.

Nasdaq sees increasing transparency of CITs as a critical step for wider adoption of CITs in retirement plans. “This can be done by creating tickers on the Nasdaq Fund Network and reaching major websites, and democratizing data which was previously only available on a handful of institutional platforms,” said Garrick Stavrovich, VP for Product Development at Nasdaq Global Information Services.

“Providing performance and static data provides greater transparency and allows managers to compare CIT strategies with other funds,” Stavrovich continued. “We aim for retail investors to be able to look at their CIT on their Apple Watch or iPhone and see how close they are to achieving their retirement goals.”