To clear or not to clear, that is the question.

The thrust of reforms in the global market for over-the-counter derivatives, which was valued at $639 trillion in 2012, is to improve transparency by mandating that swaps be traded, cleared, and reported via central facilities, rather than private, one-off negotiations.

That vision, however, clashes with the traditional role played by big banks as the intermediaries between counterparties, usually global corporations looking to hedge interest-rate or foreign-exchange exposures.

The issue is framed by the margin requirements that regulators are seeking to impose on swaps that are not cleared, that is, bilateral swaps. Financial rulemakers say it’s proper to mandate such requirements for non-cleared swaps because it’s in the spirit of the OTC reforms, embodied by the Dodd-Frank Act in the U.S. and European Market Infrastructure Regulation.

“That’s a reasonable approach, inasmuch as the regulations are intended to encourage clearing,” said Emre Carr, a principal at Washington-based consultancy Berkeley Research Group and a formerly an economist at the U.S. Securities and Exchange Commission.

For swaps-market participants, the bottom line is that central clearing increases the amount of capital that needs to be set aside for margin requirements. The transition from a bilaterally cleared OTC business to a centrally cleared OTC derivatives market is likely to be accompanied by an increase in exchange-traded derivatives that are the economic equivalent of OTC transactions.

“The Dodd-Frank Act is all about managing risk in an appropriate way,whether it’s an OTC swap or an exchange-traded future.” Thomas McCabe, chief operating officer at OneChicago

OneChicago, a security futures exchange, provides a marketplace for trading over 2,800 futures in more than 1,500 individual equities and exchange-traded funds. OneChicago’s Exchange Future for Physical is the economic equivalent of OTC equity swaps, specifically stock lending and equity repo transactions.

Securities lending and equity repos, which are secured lending of stock for cash or the lending of cash for collateral, are covered by a binding agreement, which provides for the terms of the loan.
“We look at our product as a futures product which is the economic equivalent of an equity repo,” said Thomas McCabe, chief operating officer at OneChicago. “We compete with security-based swaps that are traded OTC.”

Regulatory Bifurcation
The SEC and Commodity Futures Trading Commission have jurisdictions over separate parts of the swaps market. The SEC oversees security-based swaps based on a single name or narrow index, while the CFTC oversees all other OTC swaps.

“The Dodd-Frank Act is all about managing risk in an appropriate way, whether it’s an OTC swap or an exchange-traded future,” said McCabe.

Different rules governing clearing and margin requirements that are adopted for security-based and other swaps could crimp market activity.

“I can have the same risk exposure whether I have a swap that’s based on the S&P 500 Index, or a security-based swap based on an ETF,” McCabe said. “It’s similar for single-name CDS and CDS indexes. The CFTC and SEC have separate jurisdictions, but it’s critical that those margin and clearing requirements are the same whether trading a security-based swap or a swap that’s based on a broad index.”

International securities regulators are seeking to establish standards for margin and collateral requirements for OTC derivatives that are not cleared through a central counterparty (CCP). 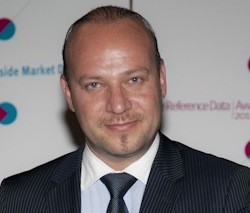 “By increasing the margin requirements for non-cleared products and allowing dealers to charge more margin than what the CCP requires, regulators are creating the wrong kindof incentives.” Zohar Hod, global head of sales and support at SuperDerivatives

The Basel Committee on Banking Supervision and the International Organization of Securities Commissions, in a recent consultation paper on margin requirements for non-centrally cleared derivatives, proposed that all financial firms and systemically important non-financial entities that engage in non-centrally-cleared derivatives must exchange initial and variation margin as appropriate to the risks posed by such transactions.

“They are increasing the margin requirements for non-cleared products,” said Zohar Hod, global head of sales and support at SuperDerivatives, a provider of cloud-based derivatives data, technology and valuation services for the financial and commodity markets. “They’re guidelines, not mandates. So each CCP will choose its own way of charging margin. And dealers will be allowed to charge more margin than what the CCP requires.”

The CFTC has proposed corollary capital and margin rules, and has also adopted segregation requirements for cleared swaps and has proposed segregation requirements for non-cleared swaps.
The International Securities and Derivatives Association, argues that the banks themselves should be permitted to determine how much margin and collateral they require, as they act as the central counterparty.

“The only group that has it right so far is Isda,” said Kevin Duffy, a securities lawyer at Kaufman Dolowich Voluck & Gonzo. “They recognize the fact that about 40% to 50% of the swaps market is controlled by the largest money-center banks, and most swaps are just contracts between these banks, governed by an Isda master agreement.”

Margin Threshold
A proposal by Iosco and the Basel Committee on Banking Supervision would introduce a universal initial margin threshold of €50 million ($76 million). A quantitative impact study conducted in 2012 indicated that application of the threshold could reduce total liquidity costs by 56% relative to a margining framework with a zero initial margin threshold, which was initially proposed in the July 2012 consultative paper on margin requirements for non-centrally cleared derivatives.

The ISDA, a trade body, has introduced a standardized credit support annex, based on overnight indexed swaps discounting, to accelerate the trend toward a more accurate method for pricing OTC interest-rate swaps.

As mandatory clearing commences in the U.S. for over-the-counter swaps products, the derivatives industry is building out infrastructure for connecting swap dealers, end users and clearing organizations. Swap dealers, major swap participants and private funds active in the swaps market have been required, since March 11, to clear certain index credit default swaps and interest rate swaps.

MarkitSERV, an electronic trade processing service for OTC derivative transactions, has built connections to multiple clearinghouses to help the swaps industry comply with the mandate to clear OTC derivatives.

MarkitSERV Credit Centre provides buy-side firms, regional banks and other institutions that access clearing through futures commission merchants with a consolidated view of the credit available to them from their FCMs. It also helps institutions determine how they deploy their credit lines among multiple clearing venues. 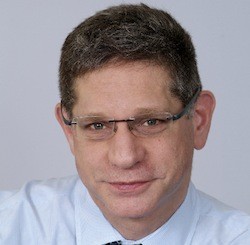 “There’s no standard across all FCMs as to how they manage risk, and there’s no standard across clearinghouses,” said Jeffrey Maron, managing director at MarkitSERV. “We’ve had to create a very flexible system that allows clearinghouses and FCMs to select the methodology of risk measurement that suits the asset class in question, and their client. We’ve normalized all of these measurements so that any electronic trading venue, even a voice or hybrid venue, can use our platform without having to build out the minutiae and math required for credit checking.”

Credit Centre also helps institutions determine how they deploy their credit lines among multiple clearing venues. “Historically, people have had the choice of a bilateral agreement or finding someone to stand in between,” said Maron. “But as we move into a mandatory cleared environment, there’s a risk that if an FCM, as a member of a clearinghouse, fails to clear a trade, then the trade will fail. Our goal is to eliminate that problem by checking all orders for their capacity to clear before they become executed trades.”

Risk Control
FCMs will update credit lines during the trading day as client portfolios change, and electronic execution venues will ‘ping’ Credit Centre to confirm the availability of credit at the time a trader wishes to post a price or execute an order, removing the risk of a trade failing because a firm exceeded its credit limit.

“We’ve built a very robust, high speed, ultra- low-latency data center in New York, which is paired with an identical one in Chicago,” said Maron. “We’ve all learned from Sandy the importance of having backup and recovery. We are using battle-tested software we license from Cinnober, which is used to power clearinghouses and exchanges around the world.”

MarkitSERV Credit Centre will initially cover OTC credit, foreign exchange and rates and will expand to equity derivatives, futures and options and also manage credit for non-cleared trades.
MarkitSERV and CME Group have connected to support clearing for regulated OTC foreign-exchange transactions, which are currently limited to non-deliverable forwards (NDFs).

Following a major upgrade to MarkitSERV’s CME FX clearing interface to accommodate new regulatory reporting obligations, member and client clearing workflows are in the final stages of testing with a number of MarkitSERV clients.

The interface will be further enhanced in May with clearing support for cash-settled forwards. CME and MarkitSERV first connected for FX client clearing in August 2012.

“In addition to new FX clearing support, MarkitSERV clients benefit from our established and clearing connectivity for interest rate transactions,” said Derek Sammann, senior managing director, interest rates and FX at CME. “As the OTC markets evolve in a new regulatory environment, we are ready to support the needs of our global client base through choice – whether exchange-traded or OTC clearing services.”

The ongoing ‘futurization’ of the OTC swaps market is creating upheaval to the traditionally bilaterally traded derivatives model, embracing a set of complex issues: the conversion of swaps to futures in each asset class, clearing and different margin requirements for swaps and futures, transaction-related matters including appropriate block rules for swaps and futures, and the effect of the conversion of swaps to futures on end users.

In the U.S., there is concern within the derivatives industry about the requirements governing whether a swap is to be cleared, especially for multinational corporations that rely on non-standard, non-vanilla contracts to hedge their interest rate, currency, and commodity exposures. 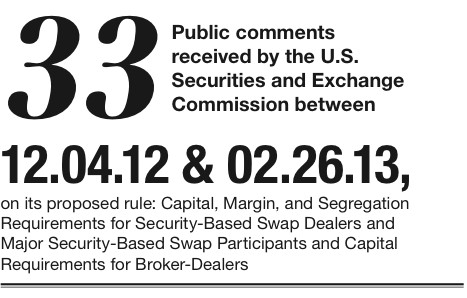 “Futures are not a very efficient tool to hedge exposures,” said Hod of SuperDerivatives. “By increasing the margin requirements for non-cleared products and allowing dealers to charge more margin than what the CCP requires, regulators are creating the wrong kind of incentives.”

For their part, swap dealers have their own issues with dual regulatory structure in the U.S.

Morgan Stanley, which has registered six consolidated subsidiaries as swap dealers with the National Futures Association, in accordance with regulations of the CFTC, noted in a comment letter: “Swaps and security-based swap markets are closely linked, and we believe that U.S. regulators, including the SEC and CFTC, should adopt regulatory regimes that impose consistent capital, segregation and margin requirements, particularly where a single legal entity is dual-registered as both a security-based swap dealer and a swap dealer.”

Morgan Stanley also expressed concern that the proposed regime by the SEC “does not properly address the risks faced by security-based swap dealers, and is not compatible to the regimes proposed by the CFTC and non-U.S. jurisdictions.”

It noted that the SEC has proposed that each dealer’s required minimal regulatory capital would be based on a percentage of its counterparties’ uncleared margin requirements. This capital requirement would be transaction volume-based, rising proportionally with the scale of a security-based swap dealer’s dealing activity, rather than risk-based, as proposed by the CFTC.

“While the CFTC has responsibility for most OTC swaps, the ones that matter the most and the most volatile are the security-based swaps,” said Duffy, the securities lawyer. “The SEC and CFTC should hold another roundtable and hammer out a more cogent set of rules.”