Like seismologists trying to detect shifts in the earth’s plates, regulators, exchanges and market participants are continuously monitoring message traffic volumes for potential signs of instability or volatility. 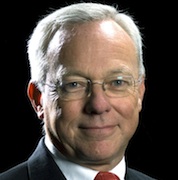 “Spikes occur for more than one reason, but typically are a result of a market reaction to a new piece of information,” said Chris Pickles, head of industry initiatives at BT Global Banking & Financial Markets, a telecoms group.

Yesterday, for example, message volumes across U.S. exchanges hit a daily peak of 4.47 million messages per second at 10:07 a.m., according to Market Data Peaks, a website monitoring service.

This occurred an instant after the Supreme Court announced its decision to uphold the controversial health care reforms of President Barack Obama’s administration.

Market Data Peaks displays the highest one-second peak that occurs in each minute, based on the total number of messages that occur simultaneously in any given second across all live data feeds.

Economic Incentives
Exchanges, meanwhile, are tweaking pricing structures to try to manage the flow of messages. Akin to how electric utilities offer lower pricing for off-peak power usage,  exchanges want to coax some of their customers to use the system at less-busy times.

Under U.S. exchange operator Direct Edge’s Message Efficiency Incentive Program (MEIP), for example, its members receive standard rebates only in instances where the average monthly inbound message-to-trade ratio is at or less than 100 to 1.

Members with a monthly average of more than 100 to 1 will have their rebate reduced by $0.0001 per share, regardless of the tier for which they would otherwise qualify. Inbound messages are defined to include orders, cancels and cancel/replace messages.

In Europe, the Oslo Børs is the latest exchange to impose a fee on members that cancel a high proportion of their orders. From September 1, the Norwegian exchange will charge a fee where the number of orders relative to each trade carried out exceeds 70.

Italy’s Borsa Italiana was the first European exchange to penalize high-frequency traders when it introduced its own order-cancel fee threshold, of 100:1, in April.

“For example, one major data vendor’s largest spike anywhere in the world was regularly at around 3 pm local time in Germany, when the whole of the German financial community wanted to see what was happening when New York opened,” said Pickles.

At the Mexican exchange Bolsa Mexicana de Valores, messaging activity has grown 20 times faster in the last five years, to reach a daily average of 1,966,000 messages, said Alfredo Guillen, chief operating officer, equity markets, at BMV Group, which operates the Mexican stock exchange. “Trading activity should continue to grow at a similar pace in the near future.”

Spikes can also be the result of an automated reaction to price movements, when algorithms in multiple firms recognize a market trend and all pile in together and build traffic.

Shrinking Order Size
In equities markets, the waves and spikes of message traffic are strengthened by diminished average order size.

“This gets amplified even more in quote-driven markets, where a one-cent change in the price of an underlying equity can result in a flood of more than 25,000 new quotes being generated for the options on that equity and on related equity indices by market participants, both domestically and internationally,” said Pickles at BT.

“It’s clear that derivatives markets are the biggest generators of messaging traffic,” he said.

The Options Price Reporting Authority (OPRA), a market data provider, projected at the beginning of 2012 that firms would need 2.45 gigabits per second (Gbps) of bandwidth to handle its consolidated feed of U.S. options quote and trade data by July, rising to 2.82 Gbps at the start of next year and 3.06 Gbps by July 2013.

Spikiness is also driven by long-term factors, including competition and technology.

“On the competition side, there are multiple venues and naturally every liquidity pool wants to be fast in order to be responsive to their customers,” said Jeff Wells, vice-president of product marketing at Exegy, a market data processing company.

Many of the competing trading venues have also been able to create new liquidity pools, such as transatlantic exchange operator Nasdaq OMX’s Nasdaq BX which starts trading today.

“This is the third options exchange under the Nasdaq OMX banner,” said Wells. “The same phenomenon is there in the underlying market. Direct Edge now has EDGA and EDGX, for instance.”