The foreign-exchange market looks like it will beat the syndicated loan and the over-the-counter derivatives markets to having the first distributed ledger based service in production later this year.

CLS Bank International plans to launch a DLT-based service that will address the operational issues associated with the netting of the 125 non-CLS cleared currencies sometime in August or September, according to company officials. 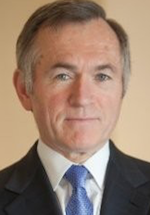 “What we have is no longer a proof of concept but an actual product that will launch in the next three months,” said David Puth, CEO of CLS and who spoke at the Synchronize 2018 conference in Midtown Manhattan. “It’s a real business, and we have 20 clients to start with this. When we are back here in a year from now, I hope we are talking about 100 to 200 clients and 125 currencies and seven currency products.”

CLS officials plan to provide the first two-years of the service for free so that it can grow its user base.

The financial market utility also expects to offer two flavors of the new offering, one based on a distributed ledger and one that incorporates a message-based architecture.

“We felt if we offered both solutions it would gain a quick adoption, and it has,” said Puth. “I think that all of the clients ultimately will migrate to the digital ledger or, at least, take a hard look at it.”

One area in which CLS official do not plan on adopting the new technology is in its core operations. “If our core system were ever to go down, it would be a very bad day for the financial system,” he added.

The three branches of the US Federal Reserve System, as well as the 23 other central banks that have the rights to oversee the CLS, are pretty open to discuss the implementation of DLT for anything but its core system, according to Puth. “Whenever we get close to the network that supports our core operational system, we simply do not go there, and we do not anticipate going there,” he said.