Implementation shortfall algorithms, despite their popularity, are in need of some retooling.

That’s what the buy side told agency-only broker ITG in its latest survey which focused on algorithmic trading strategies and how traders view them. The survey follows on a recent survey released by industry consultants Greenwich Associates in January 2017, which found that only 7% of buy-side traders are fully satisfied with the standard algos provided by their brokers.

The ITG survey, conducted in early March, polled buy-side professionals who participated in an ITG webinar on reinventing algos. Approximately 70 respondents represent institutional investors with assets under management (AUM) ranging from approximately $130 million to $1.8 trillion, with median AUM of $14 billion.

Strategy Improvements: The traders polled would like to see improvements in more complex algo strategies such as implementation-shortfall (IS) algos (60%) and liquidity-seeking algos (24%). Traders saw less need to change VWAP algos and Close algos (10% and 6%, respectively). 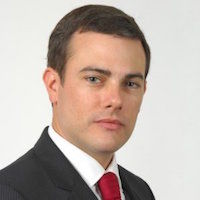 Reinventing Algos: Buyside traders would like to see several improvements to the algos offered today. 73% would like to see more outcome-focused reporting, with details on information leakage. 61% call for increased algo transparency and easier-to-understand strategies. 39% want to see algos which adjust based on a trader’s execution history and investment style.

Custom Flow: While most buyside traders prefer customized algos to off-the-shelf versions, only 24% send more than half of their daily order flow to custom algos.

“We support a healthier market for algos where brokers compete on performance. We are making key investments in our algos, with a recent focus on our IS algo which we’re updating later this year, and these survey results validate that strategy,” said Ben Polidore, ITG’s Managing Director for Algo Product Management.

Polidore added that when it comes to IS algorithms, there is a great deal more uncertainty as to how the strategy will execute its orders when compared to the preciseness in which either VWAP or TWAP algos perform.

“Traders really aren’t sure how a particular IS algo will behave – that’s why 60 percent of the respondents say this strategy needs improvement,” Polidore said. “As a category, IS has room for the most improvement. If these algos where at a level of quality where they should be then it would be the most popular algorithm.”

In commenting on the recent chatter that bespoke or custom algorithms are all the rage, Polidore said that the survey didn’t exactly bear it out. Only 24% of those surveyed said they used custom algos for more than half of their trading flow and he understood why in the current market.

“Custom algos can’t be used across brokers,” Polidore told Traders Magazine, “so especially in a bundled environment they are not very practical for most buyside traders.”

One algorithmic strategy the survey didn’t examine were liquidity seeking tools. Why?

According to Polidore, liquidity seekers are used by the buy-side much less often when compared to IS, VWAP, TWAP or Close-type strategies.

“Traders want their algos to have broad connectivity and get that liquidity,” Polidore added. “The other algo types are used much more and users are happier. And these do not need as much change. It’s a far cry from those who want improvement to IS.”