For all of those watching for clues on whether derivatives trading on Swap Execution Facilities (SEFs) has reached a turning point, your moment may be arriving.  Though the increase in trading volumes has not happened overnight, a surge is building.

According to data from the Futures Industry Association (FIA), the notional volume for all interest rate swaps traded on SEFs in the month of June 2014 was $8 trillion, up nearly $1.8 trillion from the previous month, with approximately 51% of all US dollar swaps trading on SEFs.

A significant percentage of that volume is being traded using portfolio trade compression tools, which enable market participants to reduce the number of existing swap trades at the clearinghouse by netting offsetting positions in a single trade.  Perhaps not surprisingly, after all of the anxiety over the potential ripple effects of the central clearing and trade reporting mandates, a relatively simple piece of workflow management infrastructure has been one of the many factors leading to a boost in SEF volumes.

Compression on the Tradeweb SEF allows traders to submit up to 100 line items to market making participants for pricing and execution at one time.  All of the swaps that have swap positions in opposite directions are offset.   By netting these trades together in this manner, traders reduce the number of line items outstanding at the clearinghouse, which reduces overall trading costs in an efficient way. 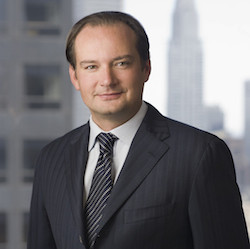 Volume in this type of trading has increased drastically as participants have become more comfortable with electronic trading of swaps and realized efficiencies in both an execution and post-trade capacity.

Globally, more than $95 billion was traded through the use of the compression tool in July 2014 (over $205 billion since launch), with 50 different clients trading using the tool.

A great deal of that volume is being driven by pure pragmatism.  Rather than having numerous individual trades sitting in a clearinghouse, each as an outstanding line item on a customer’s book until the derivatives reach maturity, market participants using compression tools can reduce clearing costs and streamline trade processing.

That all sounds logical enough, but once market participants started using the compression functionality on Tradeweb, they also found the process is useful for customizing lists of swap trades, also known as compaction.

Buyside compression was a secondary consequence of derivatives reform which has less to do with cost-savings than it does with trade efficiency.  Prior to electronic trading of derivatives, the old way of doing a compression trade was to send a spreadsheet containing different trades to one or more dealers and who would manually consolidate that spreadsheet into the fewest possible trades and price that for the client.

That meant having traders pore over each cell in a giant spreadsheet to find the most efficient path to trade execution.  With the Tradeweb compression tool, the process is ultra-efficient for a market participant to pull together a custom list of trades and shop it to multiple market makers.

Though compression was developed to streamline the trading process and increase efficiency, it has also become a catalyst to SEF volume increases.  To those who have been following the evolution of electronic markets, the recent trend in SEF volumes should come as no surprise.  Clients have traded derivatives on the Tradeweb platform since 2005, and in that time, the firm has seen volumes follow efficiency on platforms across the 25 markets it serves.

Put simply, if a new technological innovation makes it easier and more efficient to trade electronically, the markets eventually migrate in that direction.  Compression has shown that theory in practice. And as more derivatives instruments are mandated to trade on SEFs, this trend will continue to accelerate the shift towards more transparent, electronic swaps trading.