By the time he was cast as 007, Sean Connery had compiled a journeyman’s worth of experiences: a stint in the Royal Navy, milkman, bricklayer, coffin polisher, lifeguard, a contestant in the 1950 Mr. Universe competition (he placed third), and, as a twenty-three year old in 1953, was very nearly signed to play for Manchester United. The young Scot had, by then, developed a love for theater — first as a member of the chorus in a local production, then by playing bit parts in other shows — and, ultimately, chose the stage over the pitch.

It was in this serendipitous stew that the beginnings of the most iconic iteration of James Bond came to being. Cast for his charisma despite Sir Ian Fleming’s protestations — Connery was too muscular, too rough, and a Scot besides — work began immediately to mold the tough Edinboro bodybuilder into an urbane English gentleman. From Bond director Terence Young came lessons on how to walk talk, and eat, among subjects. It was only when the molding was near completion that Young took Connery for a final lesson: how to wear a suit, via the director’s personal bespoke tailor, Anthony Sinclair. 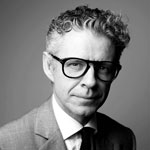 “Fifty years ago, Connery was considered a brute compared to the normal guy,” Anthony Sinclair’s creative director, David Mason, told Markets Media Life. “It was one of the problems for the producers of Dr. No. They didn’t want him to look like some muscled meathead. He was supposed to be a suave character — with presence, yes — but with polish, too.”

Legend has it that Sinclair, who retired in 1982, had Connery wear suits around the clock until it became second nature. This is where the tailor’s signature Conduit Cut came into play: with its natural shoulder, slightly flared hips, fitted waist, full chest and comfortably draped arm, Sinclair’s jacket flattered Connery’s V-shaped torso while softening its bodybuilder proportions, all while allowing for a greater degree of movement and comfort.

“It’s about flattery rather than illusion,” Mason said. “It’s a tidy presentation that creates an hourglass shape, with the drape in the chest, a waist that’s tight and closed, and the slight flare over the hips to balance out the chest.”

The firm’s philosophy of simplicity colors all design decisions. Over time, the Anthony Sinclair silhouette has remained mostly untouched (apart from some timely lapel width variations in the 1970s), as tends to happen with most bespoke tailors. On the whole, Mason is determined to maintain the core values established by his firm’s founder: quality over flash, style over fashion and form with function.

“Whilst we have a 1960s ‘Mad Men’ revival at the moment and we can make suits similar to Mr. Connery’s, we won’t necessarily be doing this style for the next fifty years,” Mason emphasized. “Taste changes, trends change. But this isn’t about trends or fashion. This is about real personal style.”

Indeed, today’s version of the Conduit Cut retains its particular simplicity and purity of line, with some of Mason’s practical modern touches — the jacket’s generously cut chest will have room for a Blackberry or iPhone (or, in 007’s case, a Walther KKK) without looking sloppy or bulky.

Even Anthony Sinclair Bespoke’s signature fabrics are oriented towards function. Sourced exclusively from British mills — English worsteds, Scottish tweeds, Irish linens — Sinclair suit fabrics are relatively lightweight, all the better to abet the freedom of movement and function created by the Conduit Cut. “Sinclair made fairly lightweight clothing for the time, and it’s what set him apart from the competition in the 1960s and late ‘50s. It went with the style of the pared-down look — this idea of lightweight clothing that could be worn anywhere,” Mason said.

Recently, lightweight wools, worsteds, and lightweight mohairs — all popular in the 1960s — have come back, and for good reason: mohairs, in particular, are crease-resistant. Sharkskin is another fashionable choice for Anthony Sinclair suits. “There are two shapes of yarn used in the weave,” Mason explained. “It gives the cloth a two-toned appearance and gives it life. If you have a plain, solid grey, it can look like a postman’s uniform. With sharkskin, you have a more textured, subtly interesting appearance that’s easy to coordinate with anything.”

At its core, this bespoke tailor’s values — simplicity, quality, function followed by form, and the enhancement of personal style — are meant for the man who wants to dress well without standing out from the crowd. Perhaps paradoxically, nowadays, the well-dressed man with the Conduit Cut will get the attention.

Anthony Sinclair Bespoke is located on No. 6 Sackville Street, Mayfair, London. A bespoke, tailored two-piece suit starts at £ 2,950. Overseas visits to New York, Toronto, Montreal, and Paris are available throughout the year. To schedule a fitting, visit www.anthonysinclair.com.