Economics have altered the dynamics by which exchanges interact.

Exchange combinations are increasingly taking the form of alliances rather than mergers and acquisitions, enabling exchanges to connect to each other to obtain the benefits of technology sharing, cross-platform integration and other synergies.

While failed exchange mergers, most notably that between NYSE Euronext and Deutsche Börse, have garnered headlines, alliances between exchanges are being driven primarily by economic considerations.

“They’re able to take advantage of each other’s liquidity, as well as their technology and connectivity,” said Mike Glista, director of order routing and vice-president of Continuum at CQG, a market data provider. “I don’t think it’s because of failed mergers, it just makes good business sense.”

CME Group’s relationships with the Mexican Derivatives Exchange (MexDer) and exchanges in Brazil and Malaysia “were all formed before there were any merger failures”, Glista said. “The people I talk to at CME say it’s been successful, they are on their fourth or fifth partnership. It looks like they are continuing to do more.”

Yet another example is the relationship between derivatives exchange Eurex and the Singapore Exchange.

“The concept is that Eurex doesn’t need to have separate infrastructure and costs in Singapore,” said Glista. “Now there is not only the sharing of liquidity, but the sharing of hardware expenses and co-location.” 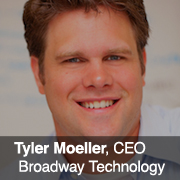 CME and MexDer, the derivatives subsidiary of the BMV Group, have established north-south and south-north order routing connections, stimulating order flow between the two continents.

“The connections have met all expectations in terms of speed, performance and reliability,” said Alfredo Guillen, chief operating officer for equity markets at BMV Group, the Mexican exchange operator. “Our long-term relationship with CME implies that order flow will grow gradually as products are known in both markets. We have great expectations on this relationship.”

“In a similar fashion, we are exploring order routing with MILA [the integrated Latin America markets of Chile, Peru and Colombia] participants and with NYSE Technologies’ SFTI [Secure Financial Transaction Infrastructure] network,” said Guillen. “We will always be open to establish routing agreements with recognized markets.”

Regional Flavors
By enabling exchanges to maintain regional differences as independent venues, exchange connectivity provides the benefits of an exchange merger without all of the regulatory burdens.

“These independent venues promote better price discovery and rate competition,” said Guillen. “There are also no merging costs, which include time, administrative efforts and costly adoption of unsuitable transactional technologies, at least in the short term.”

The expansion of exchanges into new lines of business has created opportunities for exchanges to interconnect.

“Exchanges will continue to focus internal IT resources on latency sensitive components that generate business edge like matching engines, inbound/outbound order and pricing gateways, and distribution networks or on differentiating ideas like synthetic instruments, indices and spreads, or algorithms,” said Tyler Moeller, chief executive of Broadway Technology, a trading and technology firm.

Exchanges, though, are increasingly offering access to services outside the normal core business of listing and market data distribution.

“They offer co-location, proximity services and are increasingly going into the technology space,” said Philippe Carré, global head of connectivity for SunGard’s capital markets business, a trading and technology firm.

“A couple of years ago, exchanges had three main businesses: listing, trading fees and market data. Today, listings are under pressure due to the financial crisis, and fees have been eroded with competition from ATSs and MTFs, and banks are pushing very strongly on dark pools. Market data is going down the same route. We will see market data prices going down farther.”

The core businesses are now being complemented by technology offerings.

“Some exchanges, such as Nasdaq OMX, are selling their own trading engines to other exchanges,” said Carré. “More and more exchanges are looking at owning a larger chunk of the distribution space. Like at a supermarket you can shop for different products, exchanges are offering stocks, options, futures, technology and market data. Co-location and proximity are bringing in substantial money for exchanges, as they build and operate it themselves.”

Like many of their global exchange counterparts, Nasdaq OMX has made an ongoing shift from strictly being a trade matching venue to one that provides a full range of technology and services for market participants.

Nasdaq’s technology business, which includes market technology products for broker-dealers and regulators and corporate services, makes up about a quarter of overall revenues. It doesn’t, however, include market data and co-location services as part of its technology operations.

Regulatory Push
The company’s technology business has been steadily growing in recent years. In 2010 and 2011 it generated $152 million and $183 in revenue, respectively. It is projected to grow to $200 million in 2012.

One of its newest technology clients is the New Zealand Exchange. The Oceanic venue announced that it would be using Nasdaq’s X-stream technology to underpin its trading platform.

The new platform, which will handle the trading of equities and derivatives securities, is to be rolled out at the end the third quarter or early fourth quarter.

One of the next frontiers for technology companies in the capital markets is regulatory compliance, and Nasdaq OMX asserts that it is poised to lead the way. With a host of existing dark pools and crossing networks throughout Europe, its operators are worried about moving them into a regulatory compliant format.

Even where exchanges do merge, the economics are driven primarily by achieving synergies, such as across post-trade and technology, rather than by pure market share.

An example is the acquisition by Hong Kong Exchanges and Clearing Limited (HKEx) of London Metal Exchange (LME), which was announced on June 15.

The deal, which brings together the world’s leading non-ferrous base metals exchange trading venue with the leading operator of exchanges and clearing houses in Asia, preserves the LME’s unique business model, including the operation of open outcry trading and capacity for warehousing and physical delivery, while providing a platform for long-term growth through the expansion of the LME’s business and operations in Asia and the Chinese market by leveraging HKEx’s resources, infrastructure and network in the region.

It also supports the development of the LME’s own clearing house, LME Clear, which will enable the LME to launch new products and services by more efficiently drawing on HKEx’s track record and experience in operating three clearing houses.