Transaction throughput and scalability have been the twin Achilles heel for most distributed ledger platforms.

San Francisco-based startup Constellation Labs seeks to improve the performance and scalability of distributed ledgers via its new consensus mechanism.

Distributed ledgers use consensus mechanisms to validate transactions on the ledger and ensure that every ledger agrees that each entry in the ledger is correct.

Both models are plutocratic since those participants with the most bandwidth or tokens control the network, Ben Jorgensen, COO of Constellation Labs, told Markets Media. 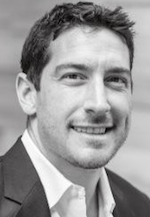 “That is going to become alarming to any enterprise or institution that wants to shift a good portion of its tech stack onto blockchain simply because of the risk of who are the largest holders of the network and who are the people validating the transactions,” he added.

The startup decided to base its consensus mechanism on memetic behavior, as described in Richard Dawkins’ 1976 book, The Selfish Gene.

“His work is about how nature replicates good behavior, which is one of the cornerstones of natural selection,” said Jorgensen. “Why not replicate what happens in nature?”

Constellation’s model uses data observations and past behavior to score different nodes and delegates on the network to determine who and to what extent they can participate in the consensus mechanism.

The reputation-scoring model is similar to the one used by the ride-sharing service Uber, noted Jorgensen.

“When you jump into an Uber, the driver scores you, and you score the driver,” he said. “For your next ride, Uber tries to pair you with a driver of a similar score so that you have a good trip and that you do not go with Lyft.”

Constellation also uses artificial intelligence to analyze the amount of available bandwidth, geo-location of the participants, and other factors to determine in which transaction pool it will place the participant.

To improve the performance of its distributed ledger further, the startup decided to avoid the synchronous chain architectures used by bitcoin and ethereum in favor of a design using a Directed Acyclic Graph, which is used in big data environments like Hadoop.

Constellation, which raised $33.7 million in DAG token pre-sales earlier this year, expects to go live its technology live sometime in 2019, according to Jorgensen.