Capital commitment is coming en masse to the options sector, now to those traders who commit capital and execute complex multi-legged trades electronically.

Agency-brokerage Convergex has upped the options algorithm ante by offering the ability for capital commitment desks to electronically cross a multi-leg capitally committed order. The firm has released a new suite of multi-leg capital commitment crossing algorithms to facilitate the process of liquidity providers committing capital to, and executing block trades on behalf of, their customers.

Multi-leg options orders allow a trader to simultaneously buy or sell a number of different options that traditionally could only be achieved by placing separate orders. This order type is primarily used in multi-legged strategies such as a straddle, strangle, ratio spread and butterfly.

According to Ben Londergan, executive managing director of options trading and technology at Convergex who spoke with MarketsMedia, these new algorithms were designed to streamline and simplify the process of sourcing additional liquidity and price improvement while giving traders the ability to choose different “touch rate” paths in order to more effectively manage risk and capital usage.

“These algos are similar to our single leg capital commitment tools but these new ones allow users execute a multi-legged, spread or combination trade using capital from their broker,” Londergan said.

This capital commitment functionality for multi-leg strategies follows its previously released capital commitment algorithm for single leg options – Capital Commitment Crossing. This tool, released last August, allows liquidity providers the choice of a “Minimum” or “Maximum” touch rate when trying to source blocks for their clients. Londergan at that time explained that the algorithm gave liquidity providers a new level of control over how they manage their own exposure as they facilitate block trades on behalf of their options customers. 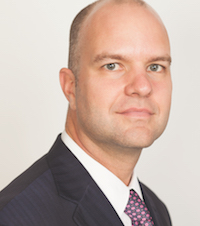 “We responded to feedback from our clients and created multi-leg crossing algos to enable them to customize their interactions with the marketplace when facilitating customers’ options orders,” Londergan told MarketsMedia.

The new wrinkle in offering a capital commitment feature to multi-legged strategies is that the algo programmers had to account for looking for more than one option to trade, in multiple venues in all complex order books and auctions. Then, the algorithm has to evaluate multiple contracts, taking into account multiple data sources, strike prices and expiration dates all before deciding to simultaneously direct crossing orders to the multiple exchanges or to non-displayed order books.

A single leg strategy, in contrast, looks for a single contract with the same strike or expiry date parameters at multiple venues.

“A one leg capital commitment trade is easy, even with the amount of potential data sources, etc.,” Londergan said. “Now tap multiple complex order books, at several locations and put up capital for a client – that’s hard.”

And there is more to come from Convergex when it comes to options algorithms. The firm is currently building a new algorithm that will allow users to execute orders in a stock and its underlying option contract in a single mouse click. Currently, this type of trade has to be executed manually, Londergan said, and presents compliance difficulties.