For an institutional investor that wants to buy a sizable block of XYZ Corp. bonds, picking up the phone to look for a seller might result in information leakage and a materially tighter yield spread — and higher price — at purchase.

Some market operators are betting that dark pools — trading venues in which buyers and sellers can find each other without tipping off other market participants — can address this problem and take hold in the $9.8 trillion corporate-credit market. Decidedly a stock-market phenomenon over the past decade-plus, the idea has gained momentum recently as regulatory changes have diminished traditional fixed-income liquidity via big banks. 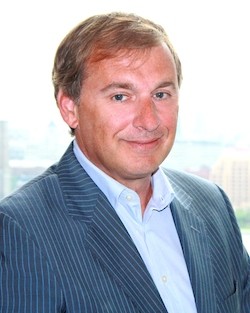 To be sure, the bond market, with its myriad issue sizes, type, and maturities, is a very different animal than the largely standardized stock market, and it won’t be easy for corporate-credit dark pools to capture order flow from entrenched competitors, even if they’re constrained by regulation.

“The challenge is taking an equity idea and applying it to the credit space,” said Graham Agee, managing director and head of fixed income e-commerce product management for BNY Mellon’s Global Markets group. “The institutional buy side likes the anonymity that comes with dark pools, so I think people are going to try to make it work.”

Within the sprawling corporate-bond market, the largest, most liquid names such as Apple, General Motors and Verizon may be suitable for electronic trading on lit venues, while the smallest, least-traded issues need high-touch handling, in the rare instances when there is a buyer or seller. Dark-pool operators’ ‘sweet spot’ may be the area just below the most liquid names: decent-sized issues that trade sometimes, but not frequently enough to make it easy to find the other side.

In March 2014, equity-market dark-pool operator Liquidnet said it bought trading platform Vega-Chi to move into corporate bonds. Electronifie plans to launch a venue in the fourth quarter of this year. TMC Bonds and Codestreet recently teamed up to launch Codestreet Dealer Pool (CDP), which is designed to enable broker-dealers to trade blocks without committing capital.

“This is really targeted at institutional broker-dealers trying to trade large size,” said Howard Pein, chief executive of New York-based Codestreet. “In the past they’d have to use their balance sheets, but because of the matching within our system, their balance sheet here is really a virtual one provided by other dealers that have corresponding interests.” 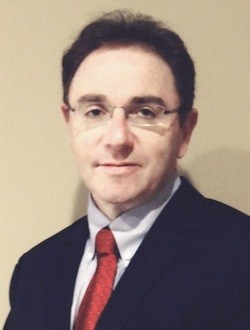 Intended for ‘round-lot’ trades of at least $1 million, CDP parses the data of a given trading desk, deploying advanced algorithms to gauge interest and identify likely counterparties. Only when there’s a strong match are prospective counterparties connected to each other.

“This is all about institutional-sized blocks where information leakage, particularly in less liquid securities, can be very damaging,” Pein told Markets Media. “The system dramatically broadens the profile and the number of securities that can trade freely in the inter-dealer markets.”

Pein noted CDP taps liquidity from Codestreet’s existing Teamwork platform, giving it a leg up on other startups that need to build liquidity from scratch. The first CDP trade transacted on April 7, and eight firms were signed on to the system as of early May, according to the company.

Liquidity begets liquidity, and even the best new technology or business model may never get off the ground if it doesn’t attract order flow. “’Best new widget’ prognostications by new market entrants are overly simplistic,” said James Wangsness, chief operating officer of TMC Bonds. “Ultimately, clients are vetting the survivability of solutions, erring on the side of caution so as not to make costly integration efforts moot. That’s why partnerships that leverage distribution (as Codestreet did with TMC Bonds) make sense.”