CSDR and navigating the liquidity landscape in fixed income markets

CSD Regulation (CSDR), was first published into the official journal by ESMA in August 2014 aimed at improving securities trade settlement in the European Union on EU central securities depositories. Although some predict further delay in implementation, it is scheduled to come into force in September 2020, more than six years since it was first tabled.

In the interim there has been intense debate by various market and industry participants around its content, the underlying intention and much speculation as to whether some of the consequences are unintended or not. Most industry unease relates to elements of Article 7 of the regulation which involve a new mandatory buy-in regime for failed securities trades that settle on an EU CSD or involve an EU based party. 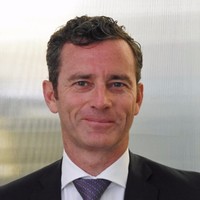 These concerns refer to potential impacts on both market liquidity and bid/offer spreads in light of the more challenging liquidity environment since the financial crisis and post-MIFID II, with particular attention on secondary corporate, high-yield and emerging bond markets.

Amongst many, there are two main elements that seem to be causing most consternation. The first is the mandatory nature of the buy-in process. Whereas in the past there has been reticence to initiate these proceedings by either party to a transaction, CSDR would trigger a regulatory requirement on the part of the security recipient to do so.

The second is the exterritorial nature of the regulation that means that when a party transacts with an EU counterparty or settles a trade in an EU CSD, the buy-in regime included in Article 7 applies.

The likely effects will be felt marketwide: buyside, sellside and an array of third parties including execution venues and various technology vendors.

Trading desks willingness to offer risk prices implies an enhanced communication and decision-making paradigm with Securities Finance functions with predictive confidence tools before supplying balance sheet to address client queries. Instead of inventory sourcing happening post-trade, there will likely be a requirement to integrate inventory sourcing pricing and location probability dynamically into the price formation process of the market-maker pre-trade in order to accurately price the risk of failure to locate.

Algorithmic pricing engines, a relatively recent development, will likely require tools to parameterise pricing to either pass or adjust bid/offer spreads to incorporate CSDR risk (the so-called ‘CSDR put’). Without new tools, automated pricing models could lead to higher failure rates and asymmetric settlement breaks that investment bank management and risk departments will be keen to avoid, as well as the related spectre of regulatory scrutiny on market participants which don’t act to offset for the new paradigm.

For risk pricing performed by market-makers, the same requirements exist for pricing to integrate these factors in real time for the same set of reasons as above. Indeed, as there is a greater likelihood that less liquid securities with lower probability of inventory borrow rates makes it disproportionately important for this activity to incorporate the regulation into price formation of risk pricing.

All aspects of price formation as described above for the sellside would also benefit from a deeper understanding of the size of distribution and dispersion of individual bond issues to determine the likelihood of being able to source liquidity.

In parallel, the dynamic applies to non-bank liquidity providers, crossing platforms and other third parties, not least as in certain circumstances they can be called upon to execute the buy-in function.

Buyside impacts from CSDR are likely in liquidity screening, analysis and the broader investment process including trading. Liquidity screening /governance functions within the investment community are designed to ensure funds strategies have sufficient capacity and funds have sufficient liquidity to cover a range of market dislocation scenarios, subscription and redemption considerations. Those areas will need enhanced tools to assess the scale of liquidity impact on fund strategies in light of CSDR on an on-going basis. The same challenge will exist for ETF/Index creators, ETF manufacturers and Transition Management business activities.

Fund Managers and Analysts will need to re-assess their investment universe before investing significant time in researching securities for investment into existing strategies. Further, they will likely want to filter out those securities which are unlikely to be sourced/traded because of the anticipated changes in liquidity profiles and as those profiles change through time.

Traders will seek to identify where liquidity can be found and may well need tools to help scrub data sets that many have created over the recent years to review historical trading patterns so that they incorporate post-CSDR willingness of counterparties to price securities. Post trade, TCA tools will be critical to assess the efficacy of strategies/solutions they’ve put in place to offset the more detrimental elements of the regulation including any evolution of these approaches through time.

Similar to the sellside, the buyside would benefit from a deeper understanding of the size of distribution and dispersion of individual bond issues to determine the likelihood of being able to invest in specific securities and just as importantly to understand the likely exit scenario when seeking to raise cash. As a result, OMS/EMS vendors and execution venues will face demand to embed tools that provide insights around sourcing inventory, liquidity and likelihood of settlement in the manner described above.

As sellside efficiency in deploying scarce risk capital in market-making activities continues to evolve in response to multiple regulations, a likely scenario is further redeployment of capital away from marginal areas of return. The extent of the impact is difficult to forecast, but nevertheless, begs the question of how the buyside will respond to more shifts of risk capital from already marginally liquid areas of fixed income markets. Without wanting to over-dramatise the outcomes, the broader effect may be the growth of liquidity deserts and the channelling of remaining liquidity into ever fewer areas.

With a series of regulations, including CDSR, shifting the liquidity landscape, market participants require new tools to navigate fixed income markets. Liquidity risk, now more than ever, needs to be managed in lock step with credit risk and market risk throughout the investment lifecycle, from the upstream investment process, the trading process, post-trade impact assessment and valuation.