By Daniel Carpenter, Head of Regulation at Meritsoft (a Cognizant company) 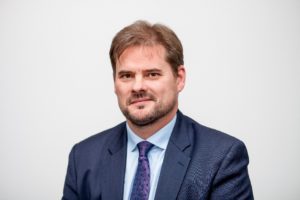 Fundamental reforms across European securities markets could see trading costs skyrocket into the billions for investment banks. The Centralised Securities Depository Regulation, better known as CSDR, is set to impose significant fines on trades that fail to settle on time. The trouble is that, currently, a major tier one investment bank may well experience 5,000 to 10,000 fails per day in the core European markets.

CSDR is a totally new process and large-scale change, and the issue is that most of the big banks have multiple legacy settlement systems, and many have outsourced their back-offices with clear Service Level Agreements (SLAs). Pre CSDR this was not an issue. If a trade matched, but there was a settlement failure, banks rarely charged clients penalties. They simply accepted the situation as a cost for doing business.

As of September this year, banks are going to have charges enforced centrally every time, and then they will be bought in. This means that an investment bank will be obliged to be bought in by their counterparties directly, as opposed to going through a CSD. One should not underestimate what a massive change this is to how an investment bank does pre-matching and associated settlement activities to mitigate the market risk of being bought in. There is a monumental operational impact on demonstrating compliance, processing and then having to manage the penalty claim process on a daily and intra-day basis. This includes validating a fail, reconciling a penalty, starting a buy-in process, as well as cancelling existing trades.

However, it is the buy-ins that tier one investment banks are particularly worried about. Clearly, if a bank is bought in, then there needs to be a market valuation of the risk sensitive instruments they are exposed to. There are also operational overheads to factor in. As things stand, there is no high volume or automated processes in place across the multiple different jurisdictions the major banks operate in. They will need to demonstrate compliance to buy-in regime while demonstrating best execution to the CSDs, and implementing an effective claims management process.

While daunting, operational change if approached in the right way can mitigate the impact on investment banks. For example, a big European bank may have a claims management process for asset servicing, one for interest claims, and another for tax. The reality is that a lot of these processes are the same, or very similar. They have always been managed by different parts of the operations team, with separate silo investment and teams globally. With this in mind, there is a clear opportunity for operations to use CSDR to say to the COO “let’s centralise these types of processes wherever humanly possible?”

For penalties, claims management, the all-important buy-in process, and many others across the bank, there is very little difference from say asset servicing or for interest claims processing. Investment banks that see this challenge as an opportunity to re-evaluate their operating models. During the re-evaluation, working out a way to centralise similar processes would certainly help to mitigate the impact of the new regime from an operational headcount, cost and risk weighted assets (RWA) perspective. In addition, new referential data, transparency in root cause and analytics will also be important.

After all, even if just over half of the 5,000+ current fails per day settle due to key processes being centralised, then banks will save money. Also, if say a third of the trades that settle are high-yield bonds that would have failed to settle previously, then the banks will start seeing bottom line benefits.

It is clear that one firm’s penalty will be different to another firm’s credit. Between now and the enforcement of CSDR in September 2020, investment banks must centralise their settlement processes. The more they act now, the more opportunity there is for collaboration and chances to develop new efficient processes across the trade lifecycle. Failure to do so will result in a larger cost than they initially thought.