The fragmentation that’s occurred in response to regulatory and technological changes over the past dozen years is decidedly a mixed blessing: By creating the framework for multiple exchanges and off-exchange trading venues, the changes have helped to spur competition, and how can competition be anything but positive for investors?

Unfortunately, there’s no clear cut answer to this question. The mere fact that the number of places where stocks can be bought and sold has proliferated doesn’t automatically confer benefits, or put more accurately, the potential benefits are commensurate with the intelligence—both human and machine-based—that goes into trade execution.

“The trend we have seen from our customers is an increased demand for information,” said Paul Daley, head of product development at SunGard’s Fox River Execution Solutions. “However, we have also seen a rise in requests for help in interpreting this data. So, when is transparency really not transparent? When no one is able to attach meaning to it.”

In the U.S. it is now possible to trade stocks at 300 different venues. Of these, only 13 are exchanges, the rest are broker operated alternative trading systems (ATS) and other broker operated systems which are known as “dark pools” and account for over 35% of share volume traded in the U.S.

The number of dark pools has grown substantially in the years following Regulation ATS, which institutionalized the concept of alternative trading systems, and especially Regulation NMS (National Market System), which prevented “trade throughs,” or the execution of trades at prices inferior to protected quotations displayed by other trading centers.

Under Reg NMS, for a quotation to be protected it “must be immediately and automatically accessible”.

The idea of institutional traders being able to trade large blocks anonymously, and therefore avoid the information leakage that would otherwise occur in the lit markets was compelling. Unfortunately, that model didn’t atomically translate into better execution. 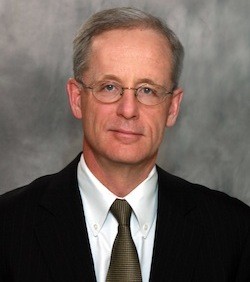 “The earliest dark pools, such as Liquidnet and ITG Posit, were pure dark pools in the sense that an institution could place a large block trade into a black box, or algorithm, and hope that there would be another instruction on the other side,” said Terry Ransford, senior vice president and director of trading and technology at Northern Trust Securities. “However, fill rates were quote low, around 10%, so it was evident that the pure dark pool model could only address the buy side’s needs to a small extent.”

Fast forward to today, with its diversity of lit and dark markets, with varying shades of gray. “The original definition of dark pools as places where large block order sizes can trade anonymously has become diluted to the point that all non-exchanges are called dark pools,” said Ransford. “This has resulted in a much greater reliance on algorithmic trading, whereby you can slice a gigantic order into thousands of smaller pieces. As a result, even as overall trading volumes have gone up, average trading size has gone down.”

Northern Trust Securities trades on an agency-only basis, and is fully integrated with Northern Trust’s custody services. It works with more than 500 investment managers and traders with 1,300 global corporations and large institutional investment plans.

“Northern Trust acts as custodian for 401(k) and other pension plans, and NT Securities trades those stocks that make up these plans,” said Ransford. “Those transactions are referred to us electronically of the custody platform that manages the plan’s assets.”

“Our platform has the ability to source liquidity from more than 35 exchanges, ECNs, ATSs, and dark venues,” said Ransford.

The crux of the debate over dark pools is whether they should be required to provide some sort of price improvements over quotations on the lit markets.

For the buy side, dark pools have come to be identified by their perceived level of toxicity, or interactions with high-speed traders that move in and out of positions in hours, minutes or even milliseconds.

Information on execution fill rates carries great value because of the current microstructure of the U.S. equity market.

“With venues competing for executions and quote traffic, the competitive landscape has never been more difficult for exchanges,” said Daley. “As a result, exchanges now have competing business models designed to attract the most volume possible to their respective exchanges. This has resulted in the current maker/taker, rebate/fee structure prevalent in the market. And some venues have chosen to tailor their business models to HFTs creating the potential for toxic behavior.”

The chief executives of Nasdaq OMX, NYSE Euronext, and Bats Global Markets met with the Securities and Exchange Commission on April 9 to lobby for regulatory curbs on dark trading, in particular a requirement that operators of dark trading venues provide mandatory price improvement over quotes obtained from lit markets.

Non-exchange trading has increased in the last five years, from 15% of total trading to over 35% today, and the number of securities with greater than 40% off-exchange traded share has doubled in the past year to over 49% of stocks, the executives said in their presentation to the SEC.

The executives said that non-exchanges are uniquely able to utilize various practices that confer an unfair advantage, such as the ability to trade at the national best bid and offer (NBBO) without quoting; ability to offer de minimis price improvement; no pre-trade, and limited post-trade transparency, and lack of regulatory obligations, including the rulemaking process and publicly-disclosed rules.

They cited an Australian regulatory report on dark liquidity dated March 18, 2013, which concluded that dark trading is impairing market quality, and is leading to wider spreads and less depth. The report recommends “meaningful” price improvement for dark pools, as well as a size threshold where there’s evidence of market quality erosion.