After the transaction closes, there will be no additional changes to management or staff, according to a Dash spokesperson.

The buy-out is about partnering with a financial sponsor who shares the firm’s passion for the business and has a similarly long-term time horizon, according to Maragos. 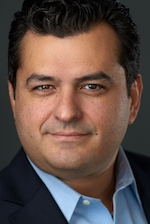 “This will allow us to pursue both organic and inorganic growth strategy,” he said. “That could include expanding into new product areas, asset classes, and geographies, as well as potentially pursuing adjacent acquisitions, similar to the highly successful LiquidPoint merger we did last year.”

Once the parties complete the management buy-out, GTCR will complete its investment in Dash Financial, which it acquired through the Liquidpoint merger.

The new owners have no immediate plans to take the company public since there is no need for additional capital, according to the Dash spokesperson.

In the coming months, Dash expects to launch multiple products as well as overhaul its OEMS platform, routing network, and options ATS, according to Maragos.

“We’ve been fortunate to have a successful seven-year run so far, and believe that we are primed to now take the business to the next level,” he added.