Data is Changing the Buy-Side Landscape

Data is the new lifeblood of trading.

And it is changing the way the buy side trades.

Historically, it has been research written by humans and delivered by the sell side that has driven the equity trading bus. That research has been derived, for the most part, from market color. And it still is. According to a recent Traders Magazine poll, approximately 70 percent of traders get their market color in some part from the sell-side. But 30 percent get their color from an entirely different source – think purely numerical data.  This data comes at the buy side like a fire hose trying to fill a teacup. So, the buy side is increasingly relying on its sell-side counterparts to deliver the highest quality, pertinent and alpha generating data in the quickest and most efficient way possible. Like an offensive lineman in US rules football, the sell side is running blocker for the buy side. 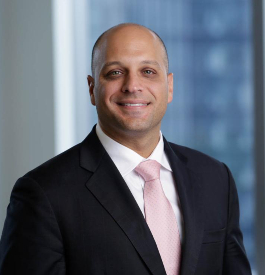 So, what exactly constitutes data? It used to be just raw numbers. But now, according to Phil DeFrancesco, Global Head of Trading Desktop, Refinitiv, data is much more than just numbers.

“Data is every single piece of information that comes across a trader’s desk– news, real-time securities pricing, social media posts, corporate access, economic data and previous trade information,” DeFrancesco said. “And the buy-side trader, portfolio manager and/or analysts are getting inundated by it all day long.”

Data is the lifeblood of trading, DeFrancesco added, noting that how sell-side technology vendors process and present it is akin to delivering the Holy Grail to the buy side.

Nanette Buziak, Managing Director and Head of Equities Trading at Voya Investment Management, agreed. As she put it, data is everywhere, everything, and is always coming at the buy side more now than ever before. Its impact from a trading role perspective is how does she interpret it and know what to do with it as she trades?

“How quickly do we know to alter our course of trading and why? I would also add that at times I feel as though we are at a point of data overload,” Buziak said. “From a trading perspective, I think the most value-added data is on the heat maps alerting us to breaking news as well as the historical TCA data on expected costs.”

So, how does the sell-side deliver what’s needed, given its own human, technology and cost constraints?

That’s something firms like Refinitiv and others are contending with. To hear Refinitiv’s DeFrancesco tell it, the sell side is becoming an extension of the buy-side trading desk as they are more involved than ever before in generating alpha and ensuring best execution.

DeFrancesco adds, “Similarly, the buy-side trader role is also expanding as desks have gotten smaller in size with fewer staff. A lot of times, the buy-side trader is also acting as portfolio manager/analyst/risk manager/COO, etc.  Our job is to help buy- and sell-side traders manage their different roles and responsibilities more efficiently, with technology and analytics that simplify workflow and present data in a way that is actionable and digestible.”

Are AI and ML The Answer? 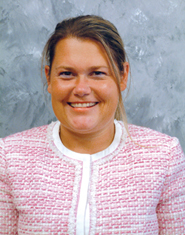 In the 21st century, one might be apt to say that the usage of artificial intelligence and/or machine learning would be the first response. The electronification of the equities market, such as algorithms, smart order routing and dynamic venue analysis have all helped make trading faster, more efficient and liquid. Perhaps.

“There’s a lot of concern about AI and computers taking over the world,” DeFrancesco began. “But in today’s investment/trading world, humans are largely still running the show.  However, technology plays an increasingly critical role in enhancing human capabilities. At Refinitiv, that’s where we’re focused – on the critical—even transformative—role that technology and data can play.”

“For example, creating simplified workflow solutions powered by augmented intelligence brings alpha generating ideas to the user in an actionable format. Being notified of outsized price movements, understanding why the stock is moving, and then knowing who to tell and what to do with this information is an example of how technology can play a critical part in the investment process,” DeFrancesco added.

For Buziak, she prefers that her team “goes with their gut” when it comes to a trade. She still sees the buy-side trader’s role as an interpreting data and information and then filtering it to their portfolio managers. But others, such as Wayne Miller, Head Trader at Bessemer Trust, who also goes with his gut more than not, conceded those who use AI and/or ML can be incrementally more profitable.

“By the time you read news or data the machines have already acted on it,” Miller said.

Refinitiv and DeFrancesco are trying to bridge the gap between AI and the human buy-side trader by developing “Smart Desktop” workflows that amalgamate human and artificial (augmented) intelligence. DeFrancesco notes that the human and computer become a lot more powerful when they work together.

Refinitiv is focusing resources and investment on its AI solutions.  “We believe that arming our users with AI-powered workflow solutions will help them make quicker, better and more informed decisions,” he said. “Beyond the trading desktop, we’re also making these solutions available as a microservice or API.  This lets users pull data into their own infrastructure, giving them even more flexibility over how and where they capture information.”

Flexibility will be the key to the Smart Desktop initiative’s success. To that end, Refinitiv is looking to let users access not just its own data but data from third parties and alternative data sets.

Better, easier access to richer and augmented data would be good news for the buy-side, who are constantly faced with mountains of data to filter and absorb.

“Data today makes it much more different to trade than what it was 10 years ago,” Buziak said. “A good question we give a lot of thought to what type of data would we like to see that we don’t have readily available today? Venue analysis has led to the RTI initiative (Routing Transparency Initiative) which Enrico Cacciatore on my team has, in particular, been very involved with. Also, using FIX protocol, we would love to be able to see the routing logic of not only where our executions occurred but the path to get to those executions.”