Is the time ripe now for using algorithms to trade foreign exchange?

After decades of being used to trade equities and equity derivatives, and as institutional money managers move away from equities and into new asset classes such as forex, can algorithmic trading strategies be incorporated? Equity algorithms have had tremendous lead time to be built, adjusted and implemented in trading. Not to mention that equity algorithms have evolved from the simplest volume-based to the most complex that adjust themselves when seeking liquidity.

But there is a world of difference between the equity markets and the foreign exchange markets. In stocks, there are myriad public and private trading venues from which to use algorithms – upwards of 40 while the forex market is traded by or on a handful of bank trading desks – also known also known as a principal bank trading market or spot forward market. Also, the equity markets remain distinctly geographic with predetermined opening and closing times – Monday through Friday, for example. The $5.3 trillion forex market is open to trade 24 hours a day, 6 days a week all year long.

So, can algorithms be successfully created and used in this highly liquid yet unrestricted market that is almost always open for business? 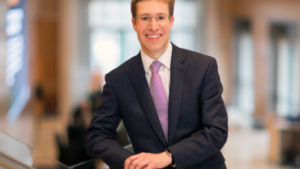 Neill Penney, head of Thomson Reuters FX Trading Business and Co-Head of Trading said yes, in a conversation with Traders Magazine. He said that algo use is growing in his asset class and that includes the use of trade-cost analysis (TCA) to find ways to improve algo and trader performance.

“Algo use is growing and TCA plays a significant part in an algorithmic trading strategy,” began Penney. “The people who are looking at algos and using them are our more sophisticated customers.”

So, why use an algo?

First, Penney said, was to reduce risk – signaling risk – as he termed it. This risk is dispersed over time by the algorithm doing what it is designed to do – parse down or slice up a larger parent order into smaller child orders. This not only reduces the spread a trader pays but also helps transfer risk.

Secondly, using an algo when trading forex it helps boost transparency in the market – which many agree is quite opaque. Again, in a bank principal-based trading market this is extremely important.

“The breaking down of large trades on primary market and getting smaller executions done gives people the proper ability to show multiple trade prints, and from public markets, and that is very valuable,” Penney said.

So far, there are a handful of algorithmic trading strategies available to forex traders. First, there are the “time slice” variety – the time-weighed or volume-weighted (TWAP or VWAP) products much like in equities. These have been the bedrock foundation for FX algo trading. Then there are “float” type strategies which are algos that pegs an order to the narrowest best bid or offer spread when it shown in the market. Lastly, there are “aggressor” algos that simply wait for a favorable price from an ECN and executes. Penney said there can be more bespoke combinations of the three aforementioned algo but many choose to stick with the previous three.

Thomson Reuters own FXall electronic platform offers algorithms to all who want them. 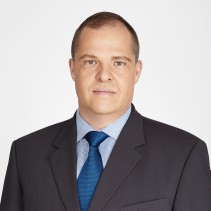 “The developing FX algorithm strategy has been a bit slower to develop as many FX trades occur on a “forward basis,” Penney said. “But algo providers are adding these features into newer software. Still, the majority of trades are still done in on an RFQ (request for quote) basis and algos are the minority.”

But that might not be for long, said Dmitri Galinov, Chief Executive Officer at FastMatch in New York, who reported that more and more of his firm’s clients are using algorithms to trade forex. And Galinov, who formerly ran Credit Suisse’s AES Liquidity Strategy and Crossfinder Dark Pool, is keen to point out the benefits of algorithmic trading which he has seen firsthand.

“I think many people in forex are beginning to see that breaking out an order into smaller pieces via algo is a better choice than what they’ve been doing up until now,” Galinov said. “However, it is safe to say that FX algos are in their infancy when compared to equities.”

Part of the problem as Galinov sees it is the fact there is a lack of data availability in foreign exchange trading as compared to equities. He pointed out that since the forex market regarded as over-the-counter (OTC) market  and does not transact on a centralized exchange. Thus, there is little uniform data available. By his measure, the FX ECNs only publish approximately 15% of their data while the rest of the market trades ‘in the dark.”

“I’d say that only 6% of the market is covered by good quality data,” Galinov said. ““Algos need to have data – such as volume traded per unit of time – in order to properly slice a large order into smaller pieces.”

To that end, Galinov and FastMatch has launched their own product dubbed FX Tape last November that records and makes available to customers and algorithmic developers FX trade data. With this data now in the public domain, everyone benefits, he said.  FX Tape, he hoped, will also serve as a central reference point for spot FX transacted prices, helping individuals and companies to benchmark their FX rates. FastMatch is now making this data available for a small monthly fee. The FX Tape is open to all contributors under an open access model with a percentage of the net revenue generated by FX Tape shared with contributors, according to the volume contributed.

And what about TCA?

Thomson Reuters’ Penney said that along with algo use comes the need for TCA. Customers, he said, have to have tools to analyze what happened with their trades and to enable subsequent trades to be done more effectively.

“What you’ll find is the transaction cost analysis and algos goes hand in hand,” Penney added. “One is the execution and the other provides the intelligence around the execution, which both audits that the trade when done in accordance with the right strategy, and potentially provides feedback that the customer can use to refine the strategy for the next time.” 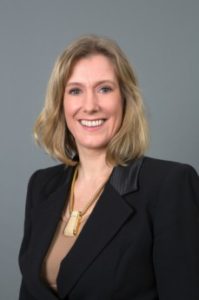 “People will send the data they have to the TCA provider and get a better look into their trading and move closer to real best execution.”

Petra Wikström, Global Head of FX Execution & Alpha Solutions at BNP Paribas said that TCA for FX is in demand from the buy-side to adhere to transparency requirements by the end-investors and for managing execution costs.

“The increased industry focus on data science and quant further embraces TCA in general as a core ingredient of the process together with standard trade- or hedging-decisions and risk-management,” she said.

Furthermore, she added that in the highly electronic FX spot market, there has been somewhat of a self-standardization in the industry in terms of benchmarks and data sourcing. However, in the less electronic markets where data is not as readily available, it is ever so important to recognize that results should be carefully interpreted when drawing conclusions that may lead to adjustments of the execution process.

“The buy side interest in using execution algos in FX has continued to increase over the years,” Wikström summarized. “Today, the buy side has gained more education on how and when to adopt algos and are using them as one of the products to choose from on the menu. Specifically, the increase in electronification and need for audit trail of execution are further factors contributing to this trend.”