New regulations on disclosure of loan-level details for asset-backed securities may help demystify a market whose opacity contributed directly to the financial crisis due to an overreliance on credit rating agencies’ risk assessments of complex securities by market participants such as large financial firms.

The U.S. Securities and Exchange Commission last month voted to adopt regulations setting forth data format standards for ABS that facilitate comparison among similar asset classes, and requiring ABS issuers to disclose asset- or loan-level data, if such data are necessary for investors to independently perform due diligence.

The regulation, known as Reg AB2, supersedes an earlier regulation. “They call it Reg AB2 because there was already a Regulation AB, so there’s a whole bunch of new information that needs to be published about what different types of information are available for the securities and how investors can use that,” Kevin Samborn, vice president at Sapient Global Markets.

Samborn, who leads Sapient’s initiatives in structured finance, witnessed the effects of the crisis first-hand when he worked following that company’s Chapter 11 bankruptcy in 2008. “I ran the quant team there, and I helped them unwind LBHI [Lehman Brothers Holdings Inc.], so I had a lot of personal insight into what happened,” he said. 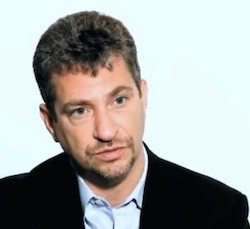 Samborn states unequivocally that had Reg AB2 been in effect, the crisis could have been averted. “My view is that fundamentally you can’t sell homes to people in the Arizona desert that can’t afford to pay for them and then repackage it as AAA institutional debt,” he said. “If the availability of loam level data was more obvious to people and more transparent, then you could argue that that market would have never taken off.”

Human nature being fallible, greed cannot be legislated away, but perhaps it could have been thwarted. “There was this herd mentality of people competing based on ego, and bragging about how complicated their deals were, just as with the dot-com bubble,” said Samborn. “But at least the investor would have recourse to say, ‘I knew what I was getting.’”

Sapient, one of the constructors of the European DataWarehouse, has assisted companies with complex data extraction, transformation, standardization and reporting of loan-level characteristics and performance of securitized bonds. The same process will now take place in the United States.

“Instead of publishing only some of the information, as they were required to do before, they now have to publish the loan level detail,” said Samborn. “So they basically have to change their systems to do that, and they also need to publish that information to EDGAR [the SEC’s online data retrieval system].”

Whereas in the U.S., companies have traditionally published loan-level data through vendors such as Bloomberg and CoreLogic, Europe had no established reporting mechanism prior to the European DataWarehouse.

“The U.S. market has had access to loan level data for some time, but it’s been a vendor-driven market,” said Samborn. “In Europe, there’s literally nothing, so what’s happened in the States is sort of a leapfrogging approach, where they’ve mandated loan level disclosure, but instead of it being all these different vendors that compete with one another, now it’s in one place.”