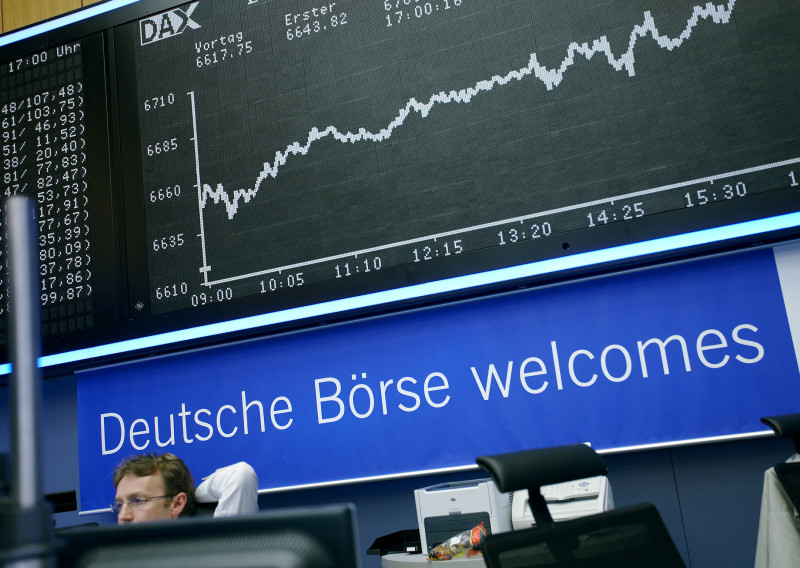 Quarterly results at a glance

With this result for the first half of the current financial year, the Group maintains its forecast of adjusted net profit of around €1.20 billion for full year 2020.

We have just published our results for the first half of 2020. More in our half-yearly financial report: https://t.co/0C6AXFAxZM pic.twitter.com/EqPc8LTmfn

Material events at a glance

On 21 January 2020, Deutsche Börse Group announced that the Group’s post-trade services provider Clearstream and UBS have agreed on a partnership in the investment fund services business segment. The companies have entered into an agreement under which Clearstream Holding AG, Frankfurt, Germany, will acquire 51 per cent of the fund distribution platform Fondcenter AG, Zurich, Switzerland, from UBS for a purchase price of CHF 389 million. UBS will retain a minority stake of 49 per cent. The newly combined company will become the centre of excellence for fund distribution services within Deutsche Börse Group, and will significantly enhance Clearstream’s existing Fund Desk business (formerly Swisscanto Funds). This will create one of the leading fund distribution service provider.The transaction is expected to be closed at the end of the third quarter of 2020.

Results of operations in the second quarter of 2020

Business development in the first quarter was primarily driven primarily by the pandemic spread of the coronavirus (SARS-CoV2 – COVID-19) and the associated uncertainty among market participants as to the impact on the global economic environment. Volatility – as measured by the VSTOXX index – thus exceeded the levels seen during the 2009 financial crisis, leading to a significant increase in trading volumes across all markets. The second quarter of 2020 saw increasing challenges worldwide in dealing with the COVID-19 pandemic, both with regard to its containment as to decisions on the easing of restrictions. The uncertainty which arose among market participants as a result of this situation – particularly regarding the economic impact – was reflected in the volatility curve, with differing effects on trading activity across the markets. While each month of the second quarter saw trading activity on the cash market exceed that of the same quarter of the previous year – significantly so at times – a mixed picture emerged on derivatives markets. Only in June, trading volumes in equity index derivatives for instance exceeded the previous year’s figures. Interest rate derivative products on the other hand fell short of the previous year’s figures due to a further narrowing of the interest rate environment. Lower average interest rates also had an adverse impact on net interest income for US dollar cash deposits in the Clearstream (post-trading) segment.

Deutsche Börse Group was nevertheless able to increase net revenue by 7 per cent to €777.5 million (Q2/2019: €724.8 million) as it successfully generated secular growth of 7 per cent, as planned. Cyclical factors attributable to the macroeconomic environment caused growth to contract by –2 per cent. Consolidation effects contributed 2 per cent of revenue growth. Drivers of structural growth included increased demand for new products and services in the Eurex (financial derivatives) segment, higher volumes of bonds deposited in the Clearstream (post-trading) segment and new clients in the IFS (investment fund services) segment. Cyclical growth was burdened by lower average interest rates and the resulting decline in net interest income on cash deposits in the Clearstream (post-trading) segment; this was only partially offset by strong trading activity in equities and equity index derivatives in the Xetra (cash equities) segment and Eurex (financial derivatives) segments. The growth resulting from consolidation was primarily due to the acquisition of Axioma (in Q3/2019) in the Qontigo (index and analytics business) segment.

The Group’s operating costs totalled €342.6 million (Q2/2019: €291.5 million). Excluding exceptional items of €42.4 million, mainly comprising expenses for measures to reduce structural costs implemented within the scope of Roadmap 2020, costs for acquisitions and for legal advice for litigation, adjusted operating costs increased by 15 per cent to €300.2 million (Q2/2019: €260.0 million). Higher investments and personnel expenses (including variable and share-based compensation), additional IT costs for implementing regulatory requirements, as well as costs related to the coronavirus situation accounted for most of this increase (all in all, +8 per cent). Consolidation effects also resulted in an increase of operating costs (+7 per cent).

The Group’s financial result amounted to €–18.4 million (Q2/2019: €–11.6 million). This decrease was mainly due to the reversal of provisions for interest payments on expected tax back payments recognised in the prior year period, and costs associated with the issue of a hybrid bond in June 2020.

Gregor Pottmeyer, Chief Financial Officer of Deutsche Börse AG, commented on the results: “Also in an environment with slight cyclical headwind in the second quarter, we were able to achieve our secular net revenue growth target, as planned. In order to further pursue the path of growing our business, we will continue to invest increasingly in organic growth, new technologies and regulatory requirements.”