With the onslaught of initial coin offerings starting in the summer of 2017, custody of digital securities has gotten short shrift as many in the industry looked to the custody model for digital currencies like bitcoin and ethereum.

What has been missing in the nascent ecosystem of privately issued digital securities is the role that transfer agents play in the public securities markets, according to Mason Borda, CEO of TokenSoft. 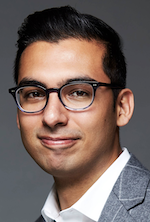 “Custody exists at all point in the life of digital securities,” he told Markets Media.

Although some issues have turned to technologies like MetaMask to administer their tokenized securities, TokenSoft has plans to release the generally available version of its web-based multi-signature Knox Wallet later this quarter that will provide users the ability to self-custody their digital securities.

TokenSoft works with issuers as well as their legal and consultancy teams to develop the digital security and the smart contract that will administer the security to meet the necessary regulatory requirements, such as separating the US and non-US investors into different wallets.

Once the issuer and TokenSoft complete the design process, TokenSoft puts its clients through a cybersecurity boot camp.

Hacks like Mt. Gox are still a thing, noted Borda. “The same thing can happen to a company’s market cap with digital securities. It can be as high as $6 or $8 billion and drop to $200 million as a result of a hack.”

After completing the boot camp, the client selects three senior principals to take part in the approximately four-hour “key ceremony,” in which they generate three key pairs and whose public keys TokenSoft uses to create its multiple-signature wallet.

TokenSoft then stores the private keys offline in a secure environment while the wallet resides in the AWS cloud.

If one of the keyholders leaves the firm or passes like QuadrigaCX CEO Gerald Cotten, TokenSoft can repeat the key ceremony with the new principle.

Issuers can use the same key pairs for subsequent securities if the terms of the securities remain the same.

“If the tax requirements are different, they would have to set up a different wallet,” said Borda.