If you want something done right, do it yourself.

“When I gave my assets to outside managers, I expected them to do a good job of managing the risks up and down and providing me an attractive return, so I could go and lollygag,” said Ike Kier, founder and chief executive. “But the reality is there’s no substitute for doing your own work.”

A native of Havana, Cuba, Ike Kier worked in reverse mergers and special-purpose acquisition companies (SPACs) before founding Kier Global in 2008. After initially investing in hedge funds, Kier began investing its own money in 2009 and gradually shifted its strategy in that direction; Kier Global was about 50% internally run at mid-year 2011, and will be entirely internally run as of July 1, 2012. 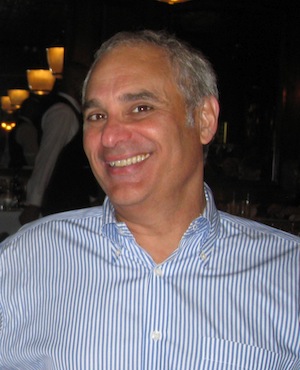 “With the high fees in hedge funds, I saw it was going to be impossible for me to achieve an attractive return, even with a diversified strategy,” Kier said. “I realized we would be able to do it ourselves better and cheaper.”

Kier Global applies a 1.75% management fee plus a 20% performance allocation after a 5% hurdle has been cleared. While the fee structure looks similar to hedge funds, Ike Kier says the firm is not a hedge fund.

“There’s no substitute for doing your own work.” Ike Kier, kier global founder and CEO

“We identify ourselves as an investment partnership,” he said. “A typical definition of hedge funds is that they hedge against risk. This definition does not apply to us. We do short, we go long, we manage risk trading options and other instruments, but we don’t hedge for tail risk. So that’s what distinguishes us from a normal hedge fund.”

Not hedging for low-likelihood downside outcomes may sound risky, but Kier said the firm deploys alternative protection methods and is overall less risky than others in its space.

“You can hedge, you can go to cash, and you can reduce your exposures on the long and short side. These are three viable strategies for managing risk,” Kier said. “We are not good at number one, but we do well following two and three.”

Still-fresh memories of the financial crisis of 2008-2009 have many market participants keen to hedge, said Ilya Zaides, portfolio manager at Kier Global. However, hedging is not free.

“Hedging is a cost that we don’t want to bear,” said Zaides, who was a tax lawyer before stints in investment analysis and hedge-fund research at Ivy Asset Management and Auda Advisor Associates, respectively. “If we don’t pay for it in the first place, we don’t have to hedge against it.”

“If the question is how do I protect against loss, the thing we start to talk about is why do we own it?” he continued. “We get pitched hedge protection or tail-risk protection all the time, what we’ve said basically is that it’s not an efficient way to run a portfolio. If you don’t like what you own, either don’t buy it, or sell it.”

Kier Global is in the market “every day,” according to Ike Kier, but it’s more to trading around the edges of its positions via put and call options, rather than wholesale buys and sells. Holding periods generally range from six months to five years.

“We make money investing, not through trading,” Kier said. “About one-third of our positions we’ve held for the past three years, and then probably a good portion of the rest for two years.”

Kier said his most bullish call is on closed-end trading companies that are traded overseas and have private equity interests in the U.S. For instance, as Kier explained, Conversus Capital has 190 LP interests in top private-equity firms such as Blackstone, TPG, Bain, and Oaktree; as of late May, the company traded at about a 27% discount to its net asset value. That discount may narrow to about 10% when Conversus puts its assets on the secondary market as it announced it would do, Kier said.

More conventional positions cited by Kier include Apple and Google on the long side, and Facebook short. “We think Apple is a screaming buy because it is trading at 9.8 times 2013 expected numbers, plus it has 20% in cash. If you take that out it’s even cheaper,” Kier said. “Apple is one of our biggest positions.”

Kier looks for a “visible runway” of expansion before investing in a company, including “a predictable earnings stream either because a return will come from a catalyst (event-driven), or because we are confident a company’s earnings growth is sustainable over a one-to-three-year period of time.”

Ike Kier cited Warren Buffet as the prototype practitioner of Kier’s investment style. “He has a concentrated list of companies, high-conviction, that he rarely trades, and he has no hedges,” Kier said. “It’s not like we’re recreating the wheel. We’re just trying to be disciplined and prudent investors.”

A primary differentiator for Kier Global in a crowded money-management space is the alignment of interests between the firm’s principals and its investors, Kier and Zaides said. A $5 billion hedge fund whose managers have $100 million of their own money invested in the fund does not represent true alignment of interests because management fees rather than returns are the prime motivator, Zaides noted.

“It doesn’t matter how much money you have in the fund, it matters how much you are of the fund,” Zaides said. “The way we run our fund, we want to be the largest investor — today we’re 90%. That’s alignment of interests.”

The 5% return hurdle is another investor-friendly aspect to Kier Global’s business model. “Especially in a low-return environment, we think an investor deserves that first 5%. That 5% hurdle rate keeps everybody on their toes,” Kier said. “If I’m not giving you at least 5%, why should we collect incentive fees?”

Zaides said the recent market downturn has presented some buying opportunities for Kier Global, which was sitting on some cash earlier this year. “We didn’t see a lot of new opportunities in quarter one,” Zaides said.

“It doesn’t matter how much money you have in the fund, it matters how much you are of the fund,” Ilya Zaides, portfolio manager at
Kier Global