Sign up to receive exclusive articles on topics including: Select one or more newsletters you would like to receive:
Close popup
Home
By Markets Media
Latest News 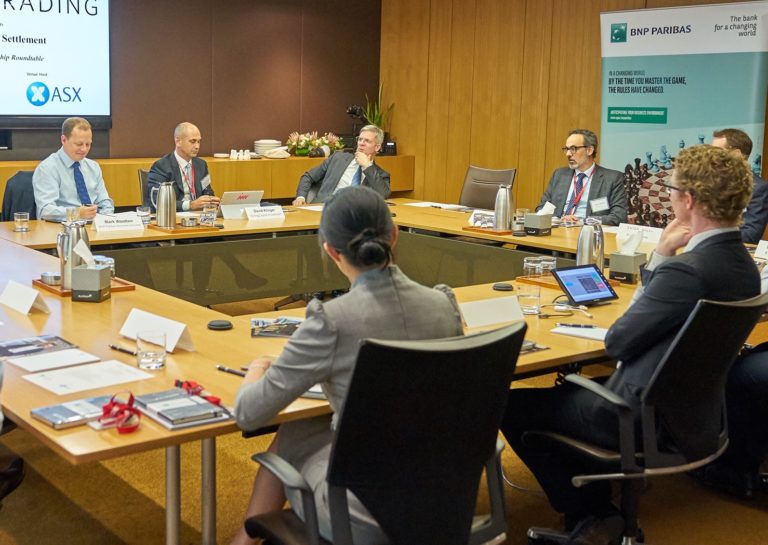 Distributed ledger technology (DLT) in capital markets is at an in-between stage of its development: it has become clear that it won’t live up to its most exuberant early expectations, but the future that is coming into focus is promising for its feasible and viable applications.

“There has been an evolution in thinking across the industry with the focus shifting to the practical in terms of how this technology can be applied and what it can achieve,” said David Braga, CEO of BNP Paribas Securities Services Australia & New Zealand.

Braga spoke at a GlobalTrading Thought Leadership Roundtable entitled DLT: Beyond Settlement. The event took place October 3 at the ASX office in Sydney.

The ASX is moving forward with a high-profile, industrial-scale blockchain use case to replace CHESS, its post-trade clearing and settlement system. Peter Hiom, Deputy CEO of ASX, noted that CHESS was developed more than 25 years ago and while it still performs well, it is not the right platform to move into the future with. 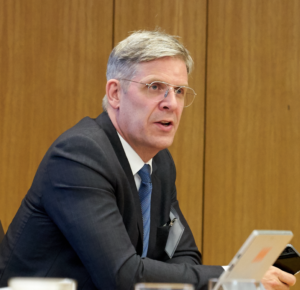 “Having spent a significant amount of time exploring the capabilities of DLT, we came to understand its value in synchronising data and digitising processes,” Hiom said. The new platform, which is being developed by ASX in partnership with VMware and Digital Asset Holdings, “will provide the market with a contemporary clearing and settlement system with improved functionality, enhanced efficiency and less risk.”

Added Hiom: “It will also provide the option for our customers to use the DLT capabilities of the system to build innovative services that create efficiencies and new revenue opportunities.”

That part is important, as Hiom noted that CHESS replacement isn’t just an internal ASX project, it will also serve as a jumping-off point for subsequent industry DLT initiatives. “There is an exciting opportunity to standardise processes, and market infrastructure providers such as ASX that play a key role in assisting our customers realise the benefits of using DLT, which can collapse complexity, drive out costs and unleash innovation,” he said.

Smart contracts – computer protocol intended to digitally facilitate, verify, or enforce the negotiation or performance of a contract – are a critical, and often underappreciated aspect of DLT. That’s according to roundtable participants including Braga and Fil Mackay, Head of Engineering – ANZ at Digital Asset. 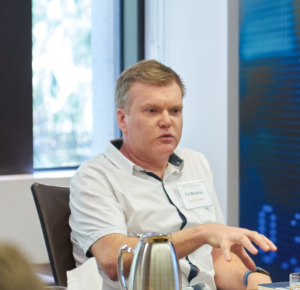 Braga continued, “We have a great opportunity to better streamline data and enable clients a real-time view of the data. To date, the processes have had a strong reliance on a variety of individual validation processes. In the new dynamic DLT, process and data are tightly coupled. The data can trigger the process itself. So we therefore have a lot more certainty over that code and how it’s described, because effectively that’s now the agreement.

“The challenge going forward will be for collective agreement on the processes that are coded in the software. Right now we’re still exploring the ideas of what it can do for us as a business and our clients and then we will need to see how we integrate this into our contracts,” said Braga.

By sharing data only on a need-to-know basis, DLT provides the privacy that a pure blockchain does not. And DLT’s advantage over a traditional database is that it provides integrity via smart contracts, obviating the need for reconciliation processes. “We don’t think you need to choose between integrity and privacy,” said Digital Asset’s Mackay. “You can have both.”

“In traditional systems today, two institutions agree to processes based on documents, and each builds it in their own technology stack,” Mackay explained. “While we logically expect such systems to agree with one another after, there is no guarantee since specifications are often ambiguous and imprecise.”

“Today institutions agree to messages (data) via XML and similar technologies, but they generally do not have an equivalent way to describe or agree to a process,” Mackay said. “DAML fills that gap by providing a mechanism for institutions to agree to definitions of a process, that each party can run independently.”

The roundtable discussion emphasised that there is much more to DLT than the CHESS replacement, and capital markets firms should be at least starting to assess where, how and when digital-transaction recording systems can add efficiency, reduce risk, and take out costs.

“There are many use cases across the industry that DLT technology can assist to solve,” said Mark Wootton, Head of Custody Product for BNP Paribas Securities Services Australia & New Zealand. “Even in today’s ecosystem there are time-consuming and paper-based processes that the use of combined DLT and smart contracts can solve to deliver benefits of all the players in the value chain.”

The road to test, implement and optimise DLT is a long one, and while year-on-year changes can be slow to develop, some market participants expect a dramatic end result. 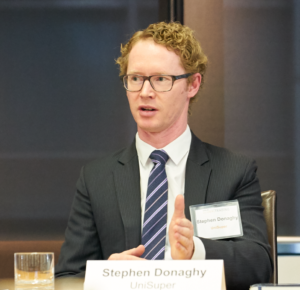 “Future generations will look back on the current database structures that underpin our financial markets with the amusement with which my generation looks at the use of the fax machine as the means of sending trades between firms,” said Stephen Donaghy, Senior Investment Analyst at UniSuper Management Pty Ltd.

Added Donaghy, “As the ASX introduces distributed ledger technology to replace the aging CHESS, UniSuper is excited to explore the opportunities that this new technology offers and looks forward to working with the ASX and other key market participants in making these opportunities become a reality.”