The downside of building a better mousetrap is that it results in smarter mice.

A promising technology like distributed ledgers likely will help reduce the level of financial crime, such as fraud, but it will not eliminate it, according to Zilvinas Bareisis, a senior analyst at research firm Celent. 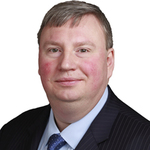 “Fraudsters are creative, and it is a non-stop battle,” he said during a webinar hosted by his firm. “If they cannot find a way in, they will look for the next weakest link, which could be legacy architecture.”

In the meantime, much of distributed ledger technology’s role in the enterprise remains hypothetical, Bareisis explained. “None of it has been proven yet. It is too early to tell what the specific impact it will have on fraud, whether it will be positive or negative.”

Fellow host Alenka Grealish, also a senior analyst at Celent, estimated that there are fewer than 12 to 20 enterprise blockchains in production.

“In the next two years we anticipate that there will be an increasing number of live cases in the area of payments,” she said.

During that time, Grealish also expects significant advancements regarding standards and interoperability as more companies experiment with internal ledgers.

She further expects that in the next three to nine years, there will be a consolidation of distributed ledger technology providers.

“It is a bit Cambrian,” said Grealish. “We are going to see the attrition of third-party providers, blockchain islands as consolidation and scale become the ultimate goals.”

The next great tipping point will be when a central bank issues a fiat cryptocurrency, which she noted might be within ten years.

While the industry waits, the industry must take security issues one day at a time and not look for a silver bullet, according to Bareisis. “There are potential weaknesses that may not be identified until distributed ledgers are in production,” he said. “It is an immature technology.”

Bareisis noted that distributed ledger technology could reduce fraud regarding payments, supply chain, and digital identities, but not eliminate it outright.

Although firms can use blockchains to improve straight-through processing between counterparties and confirm details prior to transactions, the technology does not insulate firms from bad actors.

“If someone gets onto the blockchain and submits a fraudulent transaction to a bank, it just will transmit that transaction faster,” he said. “It would not stop it entirely.”

Supply chain processes and digital identities face similar issues regarding bad actors. “It will take time to materialize,” he said. “Expect it to take a few years to ramp up.”