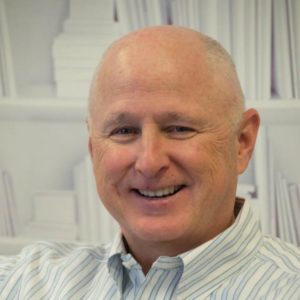 After the second expiration of the year and the Russell Index rebalancing, which just occurred last month, volume at the Exchanges usually starts to dwindle. Traders typically wrap up their positions and as the saying used to go, they would set’em and forget’em. Then they would start their summer vacations and trading usually slows.

But computers don’t take vacations, and computers don’t know anything about setting them and forgetting them. They just keep trading no matter what. That was true during the flash crash in 2010, when computers kept selling to zero in some cases, when the businesses they were selling hadn’t changed a thing. During that episode, the humans realized what had happened and pulled the reins back on the computers, and the world flipped back to reality within minutes.

With the introduction of Artificial Intelligence into the algorithms that run the world, do humans still have access to the controls in case there is another mid-air correction needed? And if the humans go on vacation this summer, who is watching the computers? Some of that anxiety can be corralled by having the right policies and procedures in place, even automated policies to override any wacky or non-compliant behavior. But developers need to give access to the code to do that.

The Consolidated Audit Trail (CAT) is supposed to help in that regard too, but it’s been so delayed, one wonders if it will ever be deployed. And if it is deployed, will it look anything like what it was supposed? Automation is supposed to make life easier, but trading software seldom takes a vacation or sleeps, it just keeps searching for liquidity. So, will this year be different, and will volume continue to grow during the summer right up to the September expiration?

What’s an expiration you say? Well with the introduction of options and futures that settle in equities, an expiration is a date set four times a year when one must deliver the underlying instrument for the option or future. So, you will need to buy or sell stock when the options expire and that typically happens the third Friday of March, June, September and December.

And those days typically represent the days with the most volume in the market. In addition, because the primary markets manage the closing process and therefore closing prices for the securities listed on their markets, it means that the lion’s share of volume is done on those exchanges in the last few minutes of the day. It can be quite chaotic to watch that happen.

Although today’s closes are less human-driven and more a result of electronic matching, that’s even
more a reason to have controls baked into your systems’ architecture.

How do you build those controls and how do your systems react when a control is breached are critical questions. In addition, how do you test to make sure that they all work as designed and provide a degree of comfort that your systems are reasonable designed to comply with all the rules. Well that’s what summer is for. To do the design, implementation and testing when volume and business slows down a bit, to allow the humans to work on the machines. But will that happen during the dog days of summer? I guess we will see!

Global Markets Advisory Group is a financial advisory partnership focused on the intersection of compliance,
technology and operations.