The Depository Trust & Clearing Corp. has reached a significant milestone in the development of its blockchain-based Trade Information Warehouse. 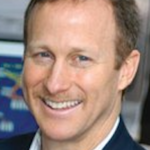 In the meantime, Palatnick’s team has come across novel situations that every new technology brings.

Firms developing proofs-of-concept would not encounter the same issues as the DTCC has encountered moving the legacy application on to the new platform, he said

Currently, the DTCC is working on how to move completed contracts stored in the mainframe-based application to the new environment.

“I think there is roughly 15 to 20 million of them,” said Palatnick. “A lot of them are old contracts, so they do not necessarily abide by smart contract validation rules. Figuring out the right way to get them into the ledger and have them there on day one has been one of our more interesting works in progress.”

Instead of sifting through the complete contracts to find which ones are reference by the current contracts, he expects to move them all to meet retention requirements as well as supporting current open contracts that refer to completed ones.

All of the completed contracts will need to be on the new platform’s blockchain before the application goes live since the DTCC plans not to have any operational overlap between its legacy platform and its new application.

Palatnik also noted that the TIW involves more than populating a distributed ledgers.

“Generally, distributed ledger technology is not a reporting technology,” he said. “Reporting and analytics are not easy on most DLT core platforms, so you need some kind of accommodation to support that.”

The industry utility has partnered with IBM and Axoni to address these issues and integrate enterprise database technologies into the new platform.