The Depository Trust & Clearing Corp. has floated initiatives that would recapture settlement volumes in US Treasuries lost to bilateral clearing in a recently published white paper for the industry.

The paper’s goal is to identify the bilateral clearing’s critical risk and resiliency issues while highlighting the benefits and risk mitigation of central clearing, Jim Hraska, managing director and general manager at the DTCC’s Fixed Income Clearing Corp. unit, told Markets Media. “We are also able to highlight a number of efforts, both implemented and planned, designed promote greater use of central clearing.”

The various initiatives range from creating a Sponsored Membership Program for the FICC’s Government Securities Division to the creation of a Centrally Cleared Institutional Tri-Party Service and changes to the GSD’s fee structure. 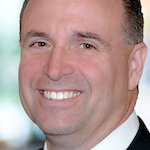 “There are many variations among the initiatives and where we are with them, both those implemented and planned, but the work underway with the Sponsored Membership Program expansion is easily one to highlight based on early results, he said. “After receiving SEC approval on March 29, we have approved 13 new sponsors. There are several more now in the pipeline for approval by our Board of Directors. The industry response to this initiative has been tremendous.”

The DTCC’s filing also expanded the definition of eligible trades to include those between sponsored members and any other GSD netting members.

Looking forward, the GSD is mulling same-day starting for repo transactions for eligible securities in its DVP Service, establish “locked-in trade sources” that would permit institutions to submit trades between to FICC members directly to the FICC, expand its cross-margining agreement with the CME Group as well as establish one clearing fund for all GSD and Mortgage-Backed Securities Division members.

“The planned initiatives are at various stages, we will be taking the proposals to regulators, the SEC and the Fed, and may be close to filing the common margining for GSD and MBSD soon,” added Hraska.