Knight BondPoint is in the business of bringing efficiency to a market that is not very efficient.

The idea is to bring more bond trades, historically conducted via telephone negotiation between humans, into the electronic realm of point-and-click. It is not a new concept, but the vagaries and non-standardized nature of fixed-income markets have limited its adoption.

While it’s questionable how much of the bond market can be ‘electronified’, technological advances, regulatory developments, and favorable demographics have created expansion opportunities for bond-trading platforms, said Marshall Nicholson, president of Knight BondPoint.

“Connectivity and access to liquidity from an electronic-trading perspective was unique and pretty expensive to get into place, and has now really shifted to become much more ubiquitous and less costly,” Nicholson told Markets Media.

Knight BondPoint derives liquidity from connections to more than 400 financial institutions. According to Nicholson, that includes about 300 broker-dealers and wealth managers and 100 small community-trust banks, plus about 10 buy-side asset managers that are looking to buy and sell bonds in smaller, ‘odd-lot’ sizes. 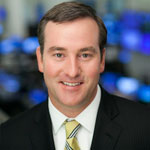 I look at the electronic trading in the less-liquid securities as being all about workflow automation, maximizing distribution, and maximizing access to content. Marshall Nicholson, president of Knight BondPoint

Order flow is about 90% retail and 10% institutional, though the latter segment is increasing “mainly because many (institutions) have to transact odd lots and micro lots, and the BondPoint model seems to fit them well,” Nicholson said. “Some of the liquidity is not there in the corporate-bond market, as dealers’ balance sheets are somewhat constrained.”

Corporate bonds comprise about half the trades executed on Knight BondPoint, and that proportion has been trending higher. The rest is split about equally across municipal bonds, Treasuries, and certificates of deposit.

Platform History
Knight BondPoint was founded in 2000 as ValuBond, with the aim of distributing municipal bonds to retail investors. As Nicholson explained, the internet boom was a heady time for those in the business of bringing bond trading online.

“There was a lot of internet technology coming out and the ability to connect the networks of dealers and participants using the web,” he said. “There was a lot of venture-capital money sloshing around as well.”
About 80 bond platforms were represented at an industry conference Nicholson attended around that time, and as further evidence of the saturation, ValuBond was just one of three or four Atlanta-based platforms focusing on municipal bonds.

ValuBond’s original premise didn’t last long, and within two years the company had moved into secondary trading and into other fixed-income classes such as corporate and agency bonds. Then, the 2002 acquisition of internet storefront Bond Express wasn’t huge at the time, but it provided a bit of a roadmap for ValuBond.

“They didn’t have any kind of electronic trading, but they were the initial solution to try to provide some sort of aggregated pricing from multiple dealers,” Nicholson said. “We realized there was a lot of plumbing that had to be put in place in the bond market in order to make electronic trading useful like in other asset classes.”

Knight Capital Group bought ValuBond in 2006 and re-launched as Knight BondPoint in 2007. As might be expected by going by the wing of a large, publicly traded financial-services firm, the transaction moved the needle.

Company executives “leveraged a lot of the broker-dealer relationships that Knight had on the equities side to cross-sell BondPoint,” Nicholson said. “Knight BondPoint also tapped into Knight’s infrastructure and expertise. Knight has a history of building and applying new technologies to trading and has a track record that includes DirectEdge ECN, currency ECN Hotspot FX, and buy-side algorithms through Knight Direct.”

There were more than 100,000 live, executable offerings daily on Knight BondPoint in 2011; the depth of bids and offers is a primary differentiator for the trading platform, according to Nicholson.

“We have probably the deepest pool of liquidity for the odd-lot retail segment,” or trades of less than $1 million, he said. “We have also invested very heavily in technology,” including a re-architecture of the back end of the platform that was completed in 2010.

Trades on Knight BondPoint are executed in 18 seconds on average, and 98% of orders are filled. The platform also offers price improvement, where an order to buy bonds at par may be executed at 99.75. This is indicative of the gradual shift to trade bonds more like equities “where appropriate,” Nicholson said.

“Marshall and his team have worked very hard the last few years to make sure they increased the size and scope of offerings on the platform,” Shamia said. “The team at BondPoint is easy to work with. This includes the very knowledgeable trade desk and development team… They truly understand what is going on in the retail market whether it is trading patterns or regulatory updates.”

Quicker ‘Ex’
Bond-trade execution has quickened from as long as three minutes 10 years ago, when a trader was just happy to get an order filled, and from 50 seconds three years ago. Nicholson said further compression to two to three seconds within three years is realistic, given sufficient technology investment.

“There’s no reason to believe that we won’t see a continued dramatic decrease in those fill times,” he said. “When we look at it on an individual-dealer basis, we have some that actually execute in sub-second.”

Fill rates have been improving, also in conjunction with souped-up technology. The current 98% rate is up from 90% about four years ago, Nicholson said.

“The retail bond market is poised to grow substantially over the next 15 to 20 years,” Nicholson said. “A lot of baby boomers are starting to retire. Maybe they had a heavier equity allocation and they will be looking to move away from capital appreciation to capital preservation and income strategies. So they’re aware of bonds, and bonds as a packaged product is poised to grow.”

“We also think there’s a lot of opportunity to expand this product set internationally,” he continued. “We see a lot of opportunities in Europe, where there is a demand for U.S. dollar products. There’s currently not a lot of efficient ways to go about accessing liquidity pools outside of what is available locally.”

There are well less than the 80 competitors Nicholson eyed at the turn-of-the-century conference, but fixed-income traders do have choices. Bloomberg, NYSE Euronext, MarketAxess, BondDesk, TMC, and Tradeweb are among companies that operate bond platforms.

Knight BondPoint is part of Knight Capital’s Electronic Execution Services group, revenue at which increased 9% to $41 million in the fourth quarter of 2011. The trading platforms in Electronic Execution Services “provide clients with market access, speed and trading efficiencies,” Knight Capital Chief Executive Thomas Joyce said on a January conference call to discuss fourth-quarter earnings. “They are all robust and scalable with solid margins and we believe terrific growth potential.”

Within the bond market, more securities are trading electronically, but Nicholson acknowledges a ceiling.

“The more standardized products are more apt to trade electronically; the one-off products, not so much,” he said. “The average municipal bond only trades a handful of times a year and a very small percentage of outstanding issues trade on a daily basis. So you have to ask yourself, what kind of problem are you solving by trading that electronically?”

“I don’t think people are going to day-trade municipal bonds, but there’s certainly value in transparency in the marketplace,” Nicholson continued. “I look at the electronic trading in the less-liquid securities as being all about workflow automation, maximizing distribution, and maximizing access to content for potential buyers and sellers in the market place. That’s not such a bad thing, as efficiency will lead to lower transaction costs for participants.”

“Knight BondPoint is well-positioned with Knight’s technology investment in the platform, infrastructure, and connectivity for buyers, sellers and other liquidity pools,” he said. “Knight BondPoint also benefits from being part of a company known for its contribution to the evolution of the securities markets, and experience building and applying electronic trading technology across asset classes.”