End of the Line for Buy-Side OMS?

Buy-side order management systems may have reached an evolutionary dead end as trading automation and multi-asset trading continues to grow.

“The OMS has evolved into a sort of all-in-one system that, by its nature, was bound to hit limitations in terms of servicing every need of a portfolio manager, the middle office, operations, compliance and the buy-side trade,” John Adam, senior director, portfolio management & trading solutions at FactSet, told Markets Media.

In a recent white paper written by consultancy Alignment Systems and published by FactSet, the author divided OMS platforms into one of five generations with each generation growing in sophistication. Platforms in Generation Zero routed orders to asset-class specific desks while those in Generation One would support simple rules that would incorporate the use of static data. Platforms in Generation Two would use more advanced rules integrating real-time data while Generation-Three systems support more complex rules and would use historical analysis. The final generation, Generation Four, supports machine learning. 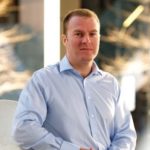 “With the range of big-name vendor-supplied OMS products available, the buy side has access to Generation Zero, One, and Two,” wrote John Greenan, the CEO of Alignment Systems and author of the paper. “Many buy-side teams are building Generation Three, which is merely a stepping stone to Generation Four. Machine learning is a complex topic and works in progress for the overwhelming majority of firms that are implementing the technology.”

However, many buy-side firms are starting to rationalize their investment in their OMS platforms and thinking of retiring their platforms.

Greenan cites an un-named client who plans to replace its buy-side OMS with an internally developed piece of middleware that has a bit of database persistence and an audit trail.

An OMS is a relatively dumb and expensive piece of middleware that connects the portfolio manager to traders, but which the traders do not use, according to Greenan. He equates many OMS platforms to using a Ferrari as one’s station car, a possibility, but not a practical one.

“If you are rich, you can afford to do that,” he said. “If you are an average person, you won’t get value from it and may consider buying a Toyota Yaris, or something like it, instead,” he added.

More buy-side firms have more time to make strategic plans regarding their OMS platforms since they raced to meet MiFID II go-live date of January 2018, according to Adam.

“Ironically, the fund has just begun with MiFID II since it will be the first quarter of 2019 when we see the first wave of annualized reporting on best execution and a number of other things,” he said. “It has opened a whole bunch of new questions.”