Spot foreign exchange trading is not covered by Markets in Financial Instruments Directive II, the incoming regulations covering European financial markets from 2018, but that does not mean the asset class completely escapes increased scrutiny. MiFID II expands best execution requirements to non-equities and although spot FX is not included in the mandate, it will be unlikely to be excluded when asset managers start monitoring execution across other asset classes more carefully.

John Adam, global head of product strategy at trading-technology provider Portware, a FactSet company, told Markets Media that Europe was a bit further that the US with regards to best execution. “They’re not exactly saying what a good trade is, but they want to make sure that you have a definition of one on hand,” he said.

Under MiFID II, the European Securities and Markets Authority is also looking to define liquidity in foreign exchange derivatives – including forwards, swaps and options – which could result in new pre- and post-trade requirements for liquid trades, while foreign exchange is also included in the trade reporting regime.

Michael Sparkes, director in broker ITG’s London office, said in a blog that electronic platforms are being increasingly used in FX trading but are not a panacea for providing evidence of best execution.

“The best of three quotes may simply be the third worst quote of dozens available,” Sparkes said. “And if an asset manager maintains an unchanging list of counter-parties over time they will have no way of gauging whether their selection remains optimal over time.”

Sparkes expects FX analysis to move to a daily process and become more granular using a greater variety of data sources. Different channels will be assessed to determine whether ECNs, banks or algorithmic strategies are most appropriate for a given trade while precise timestamps and a record of the investment objective will allow more accurate benchmarking.

“Leading firms already expect to use data to evaluate the benefit of active trading versus netting, and such analysis is expected to become the norm across the majority of asset managers,” Sparkes added. “Given the scandals of recent years the ability to assess the benefit or cost of trading on the 4.00pm London fix is expected as a standard metric in any best execution or TCA process.”

The scandals over the manipulation of Libor and FX benchmark fixes led to the Bank of England carrying out a Fair and Effective Markets Review of fixed income, currency and commodities last year.

Schroders, the UK asset manager, said in its response to the Bank of England, that the most important factor contributing to market abuses was the breakdown of appropriate market conduct by individuals. “This conduct has been exacerbated by weaknesses in the design and governance of market structures,” added the response.

The fund manager continued that it would welcome a more effective structure around pre and post-trade transparency for FX markets. “There are a growing number of trade cost analysis companies who carry out this analysis, although there are no consistent sources of data. There are more enquiries from end investors concerning post trades market analytics,” said Schroders.

Russell Investments, the US asset manager, said in its response to the Bank of England, that it had created a new platform, the RFX Network, to improve transparency and avoid issues regarding bank-run FX platforms.

Russell runs an agency-only FX program for its clients such as other asset managers, insurers, and pension funds. Orders are sent by clients to Russell’s central FX desk and are collected for a short period of time and netted. The residual is traded competitively with over 20 non-affiliated banks. 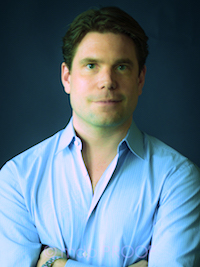 The RFX Network nets trades at a mid-point price, rather than the standard industry practice of combining buys and sells in a single block trade. “An analysis of our transactions executed on the RFX Network reported an average cost of 0.24 basis points, about 40% to 50% lower compared to costs experienced in more traditional venues,” said Russell.

In addition to MiFID II, the European Banking Authority has started a consultation on proposed regulations that would require variation margin on all FX forwards. These regulations may be European but more than three-quarters of foreign exchange market is traded across five key jurisdictions.

The Global Foreign Exchange Division of the Global Financial Markets Association said in its response to the MiFID II consultation last year: “The FX market is the basis of the global payments system. Cross border markets cannot operate in conflicting regulatory landscapes, and the natural outcome, should this be the case, is unwanted fragmentation of what is an already highly automated and transparent FX market.”

The association added that it had strong concerns about the approach being taken by Esma in calculating liquidity and that the trade reporting data does not reflect the FX market in Europe when compared to known and accurate market surveys such as the Bank of England’s semi-annual FX survey.

Adam said the implementation of Dodd-Frank in the US which led to certain derivative trading being mandated on swap execution facilities, and MiFID II point at different particular problems but that all the regulators are encouraging transparency.

He explained that the US SEF regulations point at externalizing trading into a particular kind of venue, whereas MiFID II is more concerned about mandating a definition of best execution, commission unbundling, audit, and adherence to best execution policies.

“That’s telling you that both governing bodies are putting more value on de-risking the market,” Adam added. “Then they are concerned about what costs there could be of anybody leaking information or discovering information about a trade from that bank.”