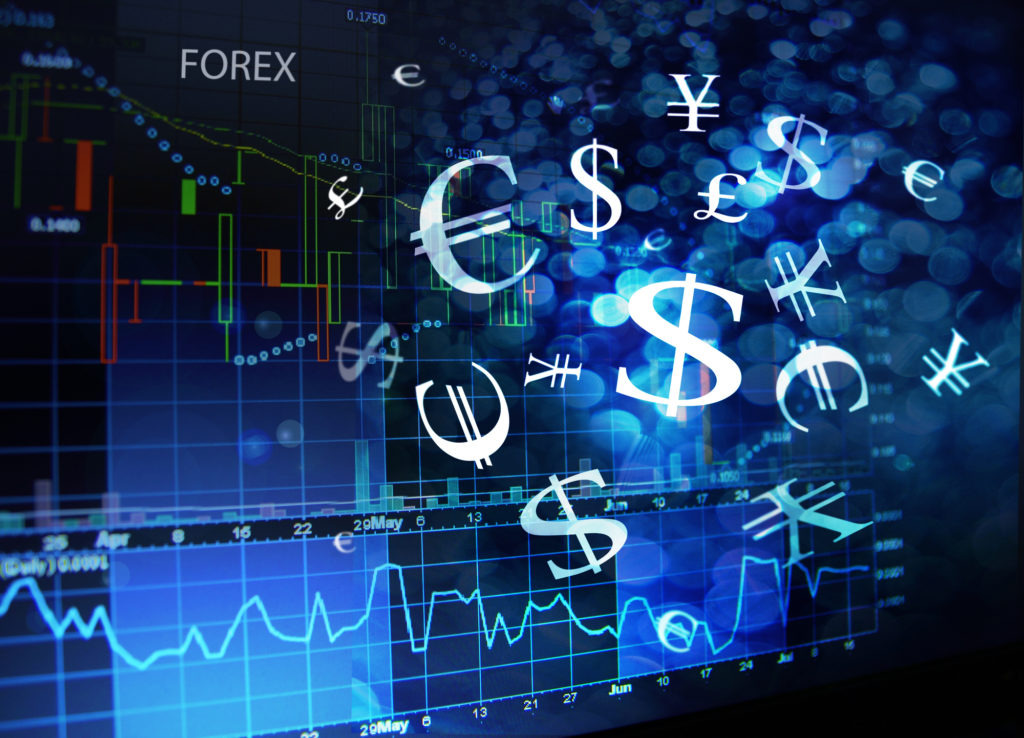 The European Commission has completed its cartel investigation into the Foreign Exchange (‘Forex’) spot trading market by imposing fines on five banks. The Commission has adopted today a decision imposing a total fine of € 261 million on the four banks that decided to settle the case, namely UBS, Barclays, RBS and HSBC. The Commission has also fined Credit Suisse € 83 million under the ordinary procedure.

Commissioner Margrethe Vestager, in charge of competition policy said: “Today we complete our sixth cartel investigation in the financial sector since 2013 and conclude the third leg of our investigation into the Foreign Exchange spot trading market. Our cartel decisions to fine UBS, Barclays, RBS, HSBC and Credit Suisse send a clear message that the Commission remains committed to ensure a sound and competitive financial sector that is essential for investment and growth. Foreign exchange spot trading activities are one of the largest financial markets in the world. The collusive behaviour of the five banks undermined the integrity of the financial sector at the expense of the European economy and consumers”.

The Commission’s investigation focused on the trading of the G10 currencies, the most liquid and traded currencies worldwide. When companies exchange large amounts of different currencies, they usually do so through a Forex trader. The main customers of Forex traders include asset managers, pension funds, hedge funds, major companies and other banks.

The Commission’s investigation revealed that some traders in charge of the Forex spot trading of G10 currencies, acting on behalf of the fined banks, exchanged sensitive information and trading plans, and occasionally coordinated their trading strategies through an online professional chatroom called Sterling Lads.

These information exchanges enabled the traders to make informed market decisions on whether and when to sell or buy the currencies they had in their portfolios, as opposed to a situation where traders acting independently from each other take an inherent risk in taking these decisions.

Occasionally, these information exchanges also allowed the traders to identify opportunities for coordination, for example through a practice called “standing down”, whereby some of them would temporarily refrain from trading to avoid interfering with another trader.

The fines were set on the basis of the Commission’s 2006 Guidelines on fines (see also MEMO). In setting the fines, the Commission took into account, in particular, the sales value in the European Economic Area (‘EEA’) achieved by the cartel participants for the; products in question, the serious nature of the infringement, its geographic scope and its duration.

Under the Commission’s 2006 Leniency Notice, UBS received full immunity for revealing the existence of the cartels, thereby avoiding an aggregate fine of ca. € 94 million. Barclays, RBS, HSBC benefited from reductions to their fines for cooperating with the Commission’s investigation. The reductions reflect the timing of their cooperation and the extent to which the evidence they provided helped the Commission to prove the existence of the cartel in which they were involved.

In addition, under the Commission’s 2008 Settlement Notice, the Commission applied a reduction of 10% to the fines imposed on Barclays, HSBC, RBS and UBS, in view of their acknowledgment of participation in the cartel and of their liability in this respect.

Since Credit Suisse did not cooperate under the leniency or settlement procedures, it did not benefit from any reductions granted within those frameworks. The Commission has however granted a total reduction of 4% to reflect the fact that Credit Suisse is not held liable for all aspects of the case.

The breakdown of the fines imposed on each company is as follows:

Background on the Forex investigation

The most liquid and traded currencies worldwide (five of which are used in the EEA) are the G10 currencies, which in fact include 11 currencies, namely the Euro, British Pound, Japanese Yen, Swiss Franc, US, Canadian, New Zealand and Australian Dollars, and Danish, Swedish and Norwegian Crowns.

Today’s decisions in Forex (Sterling Lads) complete the wider Commission’s Forex investigation. The other two infringements were concluded with settlement decisions adopted in May 2019: 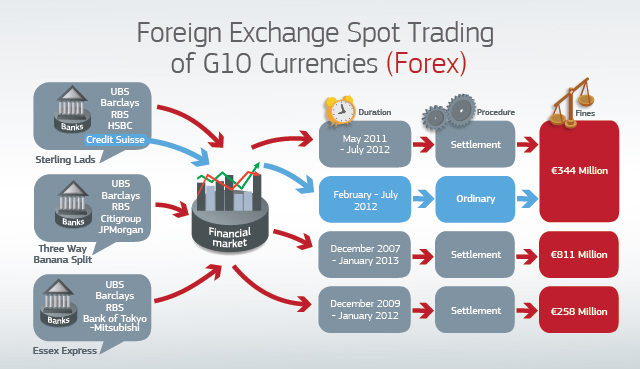 More information on this case will be available in the public case register under the case number AT.40135 on the Commission’s competition website, once confidentiality issues have been dealt with. A list of financial cases adopted since 2013 is available under this link (page 8).

Article 101 of the Treaty on the Functioning of the European Union (‘TFEU’) and Article 53 of the EEA Agreement prohibit cartels and other restrictive business practices.

Fines imposed on companies found in breach of EU antitrust rules are paid into the general EU budget. This money is not earmarked for particular expenses, but Member States’ contributions to the EU budget for the following year are reduced accordingly. The fines therefore help to finance the EU and reduce taxpayers’ contributions.

In accordance with the EU-UK Withdrawal Agreement, the Union continues to be competent for this case, which was initiated before the end of the transition period (“continued competence case”). The EU shall reimburse the UK for its share of the amount of the fine once the fine has become definitive. The collection of the fine, the calculation of the UK’s share and the reimbursement will be carried out by the Commission.

For more information on the Commission’s action against cartels, see its cartels website. A list of competition enforcement in cartels and antitrust cases since December 2019 is available in this link.

Settlements are foreseen in Council Regulation 1/2003 and allow the Commission to apply a simplified and shortened procedure. This benefits consumers and taxpayers as it reduces costs. It also benefits antitrust enforcement as it frees up resources to tackle other suspected cartels. Finally, the companies themselves benefit in terms of quicker decisions and a 10% reduction in fines. As Credit Suisse eventually decided to opt-out of the settlement procedure, this case became the 8th hybrid settlement case and the 2nd case in which the settlement and the prohibition decisions are adopted in parallel.

The Commission has set up a tool to make it easier for individuals to alert it about anti-competitive behaviour while maintaining their anonymity. The tool protects whistleblowers’ anonymity through a specifically designed encrypted messaging system that allows two-way communication. The tool is accessible via this link.

Any person or company affected by anti-competitive behaviour as described in this case may bring the matter before the courts of the Member States and seek damages. The case law of the Court and Council Regulation 1/2003 both confirm that in cases before national courts, a Commission decision constitutes binding proof that the behaviour took place and was illegal. Even though the Commission has fined the cartel participants concerned, damages may be awarded without being reduced on account of the Commission fine.