Over-the-counter exotic options can be highly structured and sport more imaginative names than their listed counterparts, ranging from Rainbows to Cliquets, Bermudans and Barriers. Participants in the listed options market may soon be using such nomenclature, as the regulatory push to move OTC securities from the realm of one-off transactions to transparent trading venues has created an opportunity for exchanges to add business.

Barrier options typically activate or are extinguished when the price of the underlying asset crosses a specified level, and they tend to cost less than standard options that are more likely to pay off. For at least one institutional investor, the appeal of barrier options depends on the number and order sizes of other buyers and sellers.

“They probably don’t fit our clients’ needs currently, but that could change if the market becomes more liquid,” said Jack Hansen, principal and chief investment officer of Minneapolis-based The Clifton Group, which manages more than $30 billion and specializes in derivatives. 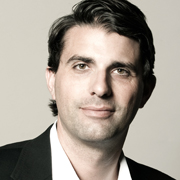 Where the OTC market is much more compelling is in the different types of product available.Stephen Solaka, managing partner and co-founder, Belmont Capital Group

That appears to be what some major options exchange companies are working on. Steven Crutchfield, chief executive of NYSE Amex Options, said the exchange is in the “early to middle stages” of developing products that may launch this year, noting that exotics such as barrier options fall into that camp.

“We’re absolutely interested in making new types of options available in the listed market, and certainly the more exotic types of options than the plain-vanilla calls and puts we offer today are very much on everyone’s radar as a way to win business,” Crutchfield said, declining to provide more detail.

A Nasdaq OMX spokesman was similarly non-specific. “We’re fleshing out more proprietary products to be launched on Nasdaq OMX PHLX that provide the flexibility and advantages of the OTC markets on a lit market,” he said. The Chicago Board Options Exchange is also looking into more exotic options, a spokesperson said.

“We’re exploring expanding the maturities of the SPXpm out further,” said Paul Stephens, vice president and department head of institutional and international marketing at the CBOE.

Flex options, as the name suggests, provide flexibility in terms of strike price and expiration — now as far out as 15 years — that is similar to OTC contacts. CBOE says it trades nearly half of all flex options, a claim that’s difficult to verify. However, the exchange has long held exclusive licensing agreements with S&P to offer stock-index options based on the benchmark S&P 500. The Chicago-based exchange company is also well known for its 20-year-old proprietary Volatility Index (VIX), which could only be traded against using OTC derivatives until 2004, when CBOE began trading VIX futures. VIX options were launched two years later.

Due largely to those indices, CBOE dominates the index options arena, capturing more than 90% of trade volume as of late March, according to the Options Clearing Corp. By extension, it trades the most flex options based on the indices. 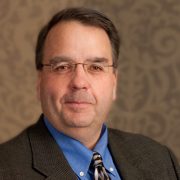 They have a certain appeal to investors because you have greater certainty of your objectives’ outcomes. Jack Hansen, principal and CIO, The Clifton Group

“The flex option is the closest thing we have from the exchange community to look-alike OTC products,” said Bill O’Keefe, director of derivatives and customized options at Chicago-based online broker TradingBlock. Most equity derivatives are tied to the SPX, O’Keefe said, and because billions of dollars of notional value are traded every day in SPX options, liquidity is strong and the bid/offer spread is tight.

Asian options’ averaged price lowers the risk of volatile markets and presumably could be useful to institutional investors such as insurance companies seeking to hedge investments. Likewise, barrier options can be used to cap losses on all or part of a portfolio.

“We’ve recognized that insurance companies are particularly interested in long-dated options,” Stephens said. “The most common thing they’ll do is tie products to the S&P 500…offering customers exposure to that index with limited downside risk.”

CBOE has been fortunate to have the S&P 500 become the main U.S. equity benchmark, and SPX options and futures have benefited from its deep liquidity. CBOE’s VIX options are also abundantly liquid. The exchange company has had less luck with credit default options (CEBOs), which as binary options pay a fixed amount if the underlying credit defaults. Launched in 2007, shortly before OTC securities catalyzed the global financial crisis, they were re-launched in March 2011 and have since seen limited trading in only nine corporate names, mostly large banks.

Most new options classes take time to build liquidity and require significant effort by the exchanges to educate potential users. CEBOs may also be overly standardized, at least for the traditional users of credit default swaps who often customize the OTC version to meet the specific characteristics of each bond offering. That ability to customize is part of what makes the OTC market attractive for sophisticated investors and the trading firms that act as their counterparties.

“The CBOE has been great to offer more flexible strikes, duration and factors like that, but where the OTC market is much more compelling is in the different types of product available,” said Stephen Solaka, managing partner and co-founder of Belmont Capital Group, which uses derivatives to manage portfolios for wealthy individuals and financial advisors. “You can be protected if the market falls up to 20% but any further and you get zero — things like that.”

Trade-Off
The price OTC market participants pay for the ability to create such bespoke transactions is illiquidity and a lack of transparency, two factors that have become more problematic since the financial crisis. The exchanges may find liquidity providers to support complex listed exotics with bids and offers, but if the derivatives remain illiquid, counterparties will charge significant premiums to compensate for the risk.

“Unless there is a very active, two-way market that develops for the structure, it’s likely to have high premiums, a wide bid/offer spread, and lack liquidity,” said Hansen, whose firm works with corporate financial plans, hospitals, and other institutions seeking specific risk profiles using OTC or listed options.

Still, times have changed since the pre-crisis years of ever-higher volumes and more complex OTC structures, and for some investors the benefits of a listed OTC-type product outweigh the disadvantages resulting from less liquidity. O’Keefe noted market participants’ ongoing concern about counterparties’ credit risk as European banks face the ongoing threat of credit downgrades. As a result, he sees several factors pushing traditional OTC derivative users onto listed markets.

One factor is the listed market’s centralized clearing and backing by the OCC; another is the transparency arising from anonymous exchange members putting up quotes rather than a bilateral counterparty; a third motivation is independent, mark-to-market pricing. 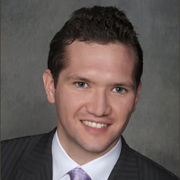 Certainly the more exotic types of options than the plain-vanilla calls and puts we offer today are very much on everyone’s radar.Steven Crutchfield, CEO, NYSE Amex Options

“If you call a big bank, they might say the underlying bonds are worth 72 cents on the dollar, but that’s their opinion and it might be totally wrong,” O’Keefe said. “OCC-backed options are priced by a third party and the pricing reflects current volatility and can be extrapolated out further and further.”

Related to pricing is the fungibility of listed financial products. O’Keefe noted that if an investor is long an OTC product and wants to sell, the bank counterparty may give a lousy bid. The investor may find a better bid from another party, but then the investor must enter into a second bilateral trade under the auspices of an International Swap Dealer Association (ISDA) agreement, and he or she must put up collateral against both transactions.

In addition, O’Keefe said, ISDA agreements are expensive to maintain, resulting in derivatives users becoming dependent on a few counterparties. And because some investors’ guidelines limit their exposures to any one bank, they may have to split a large transaction among several bilateral agreements and accept inferior pricing.

Exchange-traded options would eliminate most of these concerns, assuming the central counterparty, in this case the OCC, remains viable. The CBOE used many of these arguments in market materials to generate interest in the CEBOs, so far to little effect.

Given CBOE’s dominant position in flex options and the major indices, Nasdaq OMX and NYSE Euronext are no doubt seeking to design products that walk the fine line between providing sufficient customization to attract OTC market participants while still drawing enough liquidity to generate the benefits of a listed product.

In the case of barrier options, Hansen of Clifton Group said they’re not widely deployed in client portfolios. “But those products are certainly out there…They have a certain appeal to investors because you have greater certainty of your objectives’ outcomes,” Hansen said, noting that a client could use a ‘knocked-in’ put to protect against a market move below a specific level, and only pay a premium if it reaches that level.

Time will tell whether some form of exotic options succeed in the listed market. In the meantime, options exchanges are competing elsewhere to bring OTC benefits to the listed markets. The fully electronic International Securities Exchange received belated approval a year ago to launch qualified contingent cross (QCC) order types, which permit orders of 1,000 contracts or more that are hedged by stock to be matched prior to arriving at the exchange, then printed on the exchange without exposure to competing bid and offers.

The QCC stirred concerns among competing exchanges, but they soon offered their own variety of the order type. The concern emerged because QCC officially brings dark liquidity to the listed options market that previously was only available in the OTC market. The exchanges now offering QCC orders, including the ISE, NYSE Amex and Nasdaq PHLX, declined to attach volume numbers to their QCC businesses, although one executive noted, “There’s healthy activity. It’s not a substantial chunk of business, but it’s not de minimus.”

More Products
The CBOE is also expanding its listed VIX products that previously were available only in the OTC market, such as options and futures on its Emerging Markets Volatility Index launched in January, and options and futures on its Crude Oil ETF Volatility Index.
Nasdaq PHLX, meanwhile, partnered with futures commission merchant Ikon Global Markets to launch a futures contract in early February that seeks to simulate the OTC spot gold market trading experience, including the cost-of-carry fee that the buyer would pay and seller would receive in a traditional OTC transaction.

Daniel Carrigan, president of the Nasdaq OMX Futures Exchange, said that the Dodd–Frank Wall Street Reform and Consumer Protection Act’s emphasis on transparency and safeguards for retail investors effectively eliminated spot gold trading for those investors in the U.S.

“We took all the elements of OTC spot gold trading and put them into the specifications for a listed futures contract,” Carrigan said. “We think this is the first such contract that’s exchange-listed and Dodd-Frank compliant.”

The futures contract tracks the spot gold market closely, and so far its daily settlement price has differed from the spot gold price by just a penny on average, Carrigan said.

Carrigan said average trading volume in the first 31 days was 2,100 contracts, each representing 10 ounces of gold. An investor could invest in the equivalent amount of gold by purchasing 100 shares of SPDR Gold Trust, but that would reduce returns by approximately 40 basis points because of the ETF management fee, Carrigan said.

“We’re gathering market feedback now from customers, and they like the fact we have a small gold contract of just 10 ounces,” Carrigan said. “We want to expand the metals complex.”