Exchanges Push Back on Reg SCI

A regulatory proposal to require exchanges and certain other trading venues to have comprehensive policies and procedures regarding their technological systems has met resistance from the exchange sector.

The U.S. Securities and Exchange Commission proposed Regulation SCI earlier this year as a way to bolster market stability and minimize the risk of disruptions. In a July 30 comment letter, representatives of exchange operators including NYSE Euronext, Nasdaq OMX, Direct Edge, and Bats Global Markets said they stand behind the objective, but they have issues with some of the proposal’s specifics.

The essence of Reg SCI is moving technology standards from voluntary compliance to a framework of enforceable rules, SEC Commissioner Elisse Walter indicated in a March release. That would be a change for exchanges, which are known as self-regulatory organizations. 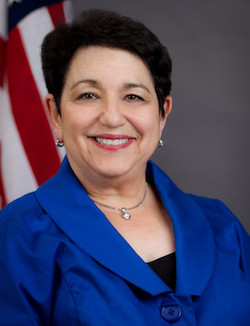 “The SROs support the main objectives of Regulation SCI, which are to reduce market-wide risk and promote greater confidence in the operations of the equity and options markets among investors and other market participants,” the exchange representatives wrote to the SEC. “Nevertheless, the SROs collectively share concerns over many of the definitions proposed in Regulation SCI…We question whether Regulation SCI, as currently proposed, represents the most effective method to achieving the objectives of the proposed rules.”

To be sure, such dialogue is standard procedure in the regulatory process, which typically spans a first regulatory proposal, then feedback from market participants and operators, then ultimately a final resolution in which neither side gets all of what they want but both sides move forward.

Regulations proposed or implemented in recent years have more typically targeted trade handlers rather than trading venues, so Reg SCI is an attempt to fill in a perceived gap.

“Regulation SCI targets venues themselves, market access targets broker-dealers,” said a person familiar with regulators’ thinking on the topic. “Between the two, they think they have most of the ground covered.”

“For venues, (regulators) are trying to ensure the integrity of exchanges, and alternative trading systems above a certain size, to make sure their systems are resilient,” the source told Markets Media. “Reg SCI is about making sure you can handle volume — the more you do, the more you have to manage complexity, throughput, and volume.”

The regulatory source noted that Reg SCI tasks exchanges to be their own technology monitors, rather than assigning the role to the SEC. “The tech experts are at the exchanges,” the person said. Reg SCI would “require them to use their expertise and create their own rules to enforce.”