Just as the Internet turned bricks-and-mortar commerce on its head, blockchain is set to have a significant impact on the fixed income market by enabling new types of cash flows.

Bond issuers have an option to fragment their bond into constituent cash flows, which they could manage from a distributed ledger, according to Arturs Ivanovs, the CEO of FIC Network, during a panel discussion at last week’s Rates Evolved conference in Midtown Manhattan. 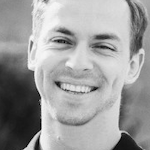 “Let’s say a single coupon for Q4 2020 is a separate asset than what resides on the blockchain, which can be bought and sold directly for a discount at the appropriate price,” he said.

The fintech startup has seen interest from hedge funds to use these types of instruments in the future, according to Ivanovs. However, it will take the majority Wall Street to feel comfortable trading blockchain-based credit instruments, he added.

Ivanovs is not that concerned that blockchain’s popularity in the fixed-income market might be waning because of the over-hyping of the technology’s capabilities that has taken place in the past few years.

“It is the natural way of technology evolution,” he said. “Recently, I heard that there were 11 fixed-income platforms between 1998 and 2001. By the end of those three years, there were 90 of them that would up being consolidated or going out of business.”

FIC Networks has taken baby steps to facilitate bond issuance on its internally developed platform, which is an offshoot of the payments-focused open-source Stellar blockchain architecture.

“We launched a production-level blockchain protocol that is specifically tailored for the fixed income market last October,” said Ivanovs. “A day later, we facilitated our first production real bond on the blockchain. We encoded all of the characteristics of the legal documentation through a workflow environment to the blockchain. Now it sits on the blockchain as a digital security.”

The platform provider expects to facilitate $300 million in issues throughout 2019.

“It is a baby number for Wall Street, but of a fintech startup, that is a pretty good number to validate the point that we want to make regarding efficiency gains, cost-cutting, workflow automation, and so on,” he said.