A Decade After the Financial Crisis, These Lessons Can’t Be Forgotten 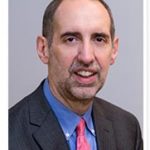 During the 2008 financial crisis, everyone in the business world, and many observers outside of it, were riveted to the news of the chaos unfolding daily in the markets. I viewed the crisis from a much different seat from the one I occupy now, having been effectively on the front row as the turmoil spread around the globe.

I had joined the Risk Management Division at Citigroup in April 2008 to help Vikram Pandit and Brian Leach rebuild what had been a failed function. Of course, that was just before a period in finance developed that was unlike anything we had ever seen. Only months later, I would find myself taking part in meetings at the Federal Reserve Bank of New York during the so-called Lehman Weekend in September 2008.

We’re now approaching the 10-year anniversary of the events that combined to pose an extraordinary threat to the modern financial system. Clearly, we made it through, but not without making considerable changes to pre-crisis practices. Recently, I had the opportunity to reflect on the crisis and its aftermath as part of a panel called “The Role of Exchanges & Post Trade Infrastructures in Preserving Market Integrity – A Decade on from the Financial Crisis,” which took place at the World Federation of Exchanges’ IOMA Conference in Chicago. During the discussion, I covered six lessons I’ve drawn from the financial crisis, all of which I believe are relevant for central counterparties, such as OCC, as well as other types of financial intermediaries.

Fat tails can’t be underestimated: The returns on the many over-the-counter products that caused issues during the financial crisis are characterized as having “fat tails,” that is to say, extreme negative outcomes occur with significantly greater frequency than would be the case in the widely assumed “normal distribution.”

Those unprepared for such outcomes, whether they were institutions, intermediaries or individuals, experienced significant and sometimes material losses during the crisis. This characteristic was manifest with respect to credit risk exposures, as well as liquidity risk exposures, particularly where liquidity step-in components had been built into certain complex products.

Aggregation is a must: In managing or supervising large complex financial institutions, aggregation is extremely demanding, but critical. At one institution, the risk management group brought the aggregate equity exposure to the attention of the institutional securities group management team, only to be told by the head of the equities business that the number was off by a couple of billion dollars – and had the opposite polarity of what the risk group was reporting. It turned out that, while the equity lead understood the exposure of the desks he managed, the equity hedges in the single-name credit default swaps business and elsewhere more than offset the exposure he thought he was managing.

Complex booking arrangements across various affiliates are also a challenge for aggregation: It took the firm three days to determine and aggregate all of the Lehman exposures. Many other firms faced similar predicaments.

Liquidity reigns: Ultimately, it was not market or credit risk that brought many large financial institutions to the brink (or beyond) – it was the failure to understand the importance of liquidity. The market-funded broker/dealer investment bank model that was the predominant form of organization on Wall Street for most of the second half of the 20th century failed completely with the financial crisis. All of the large firms converted, either directly or through being acquired, to a bank holding company business model.

The reason is simple: At the end of the day, the only dependable source of liquidity comes from bank deposits. Time and again the “borrow short, lend long” dependence on the public market for funding dried up just as liquidity needs peaked.

Legal entities matter: It’s critical to understand the exact regulatory form of your counterparties. While the long-standing instinct of a trader is to “book it fast and worry about the details later,” that ends up producing exposures that are virtually unfathomable. What protected clients, customers and U.S. CCPs, and what enabled the coordinated handling of the consequences of the holding company’s insolvency in the Lehman case, was the fact that its clearing member component was a fully capitalized and regulated broker/dealer and futures commission merchant.

As a result, Lehman had well-understood regulatory and self-regulatory reporting requirements, a known and time-tested customer-protection regime and a management team focused on safeguarding the interests of its clients and business partners. That’s not to say the transition was easy or seamless. But it worked because of a formal, pre-existing and properly regulated organizational structure.

The right of set-off will be invoked: A fundamental component of the banking ecosystem is a bank’s nearly unilateral right of set-off, which exists under common law and in specific regulations that are in place in nearly every major jurisdiction in the world. This essentially means that, absent very specific account titling and documentation to the contrary, a bank has the right to use any asset it holds on a client’s behalf to cover any obligations the client has to the bank.

Rules matter, and flexibility does, too: A great deal of progress has been made with respect to completely appropriate regulatory oversight of CCPs and other elements of the financial infrastructure. However, one area where we’ve moved in the opposite direction is in regulators’ unwillingness to grant flexibility to the managers of CCPs to use their professional judgment when they need to handle unanticipated events. While rules, policies, procedures and associated internal documentation and governance have been greatly enhanced since the crisis, and risk management tools such as stress testing have been materially improved, it’s absolutely the case that the next systemic financial crisis will be much different from the last one.

When it comes, CCPs will need the flexibility to respond to unexpected developments as the crisis plays out. For example, at OCC, prior to the financial crisis we had a requirement that securities posted as margin collateral must have a minimum value of $10 per share. During the crisis, particularly with the implementation of the various Troubled Asset Relief Program (TARP) tranches, large numbers of securities in the financial services sector dropped below the $10 per share threshold – Citigroup’s stock briefly fell below $1 per share. When that happened, a significant amount of assets that had been previously used as collateral became, for all intents and purposes, worthless, further straining liquidity during a crucial period. OCC was able to very quickly file rule changes to lower the minimum share price and effectively infuse liquidity into the clearing members’ accounts to help them weather the storm.

Unfortunately, that kind of flexibility no longer exists under the new regulatory regime, which is significantly more rigid and rarely accedes to filings submitted for immediate effectiveness. Should unique circumstances present themselves, and they inevitably will when the next crisis comes along, that will present substantial challenges to the system. In short, the plumbing of the financial system can’t consist entirely of cast iron pipes.